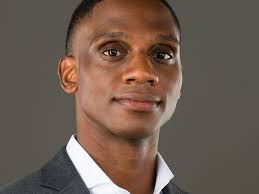 City of Cleveland is taking applications for a Civilian Police review board vacancy -Applications are due by January 27, 2023

January 11, 2023 – CLEVELAND, Ohio-Cleveland Mayor Justin Bibb, in his second year as mayor of the largely Black urban city, announced Wednesday that the City of Cleveland is looking for a qualified applicant to fill a vacant seat on the Civilian Police Review Board.

To apply, submit a resume with work history and a cover letter to Ryan Puente, Deputy Chief of Staff & Chief Government Affairs Officer, at rpuente@clevelandohio.gov by Friday, January 27, 2023.

The Civilian Police Review Board (CPRB) is comprised of nine members per the city charter, five of whom are chosen by the mayor and four by the 17-member city council It has the

authority to receive, cause investigation of, and recommend resolution of non-criminal complaints filed with it alleging misconduct by officers and non-sworn employees of the Cleveland Division of Police when such alleged misconduct is directed toward any person who is not a CDP employee.

Investigations of alleged police misconduct are conducted by the Office of Professional Standards (OPS). The OPS reports directly to the CPRB, and the CPRB reviews the investigations completed by the OPS. Following an OPS investigation, the CPRB holds a public hearing and recommends an administrative resolution for each of the complaints. Applicants are encouraged to review City of Cleveland Charter Section 115, which governs the CPRB and OPS and which was significantly reformed following the passage of Issue 24 in 2021.

Members of the CPRB have a unique role as public servants with respect to reviewing the conduct of Division of Police employees. The community, government, and law enforcement have entrusted members of the CPRB to conduct their work in a professional, fair, and impartial manner. This trust is earned through individual members of the CPRB having a firm commitment to the public good, the mission of the CPRB, and the exercise of high ethical and professional standards. The work itself requires a keen focus on detail, a strict adherence to the governing rules, and a willingness to attend every meeting having fully reviewed every case.

The City of Cleveland charter now requires that two members of the CPRB "should be attorneys with experience representing victims of police misconduct or criminally prosecuting police misconduct."