Showing posts with the label Familes Belong Together rally
Show all 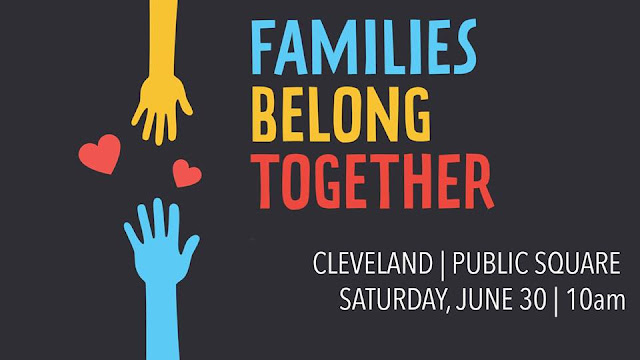 ClevelandUrbanNews.Com and the   KathyWrayColemanOnlineNewsBlog.Com , Ohio's most read digital Black newspapers with some 5 million readers on Google Plus alone. And the ClevelandUrbanNews.Com website stats reveal some 26 million hits since 2012. Tel: (216) 659-0473. Email: editor@clevelandurbannews.com. Kathy Wray Coleman, editor-in-chief, and who trained for 17 years at the Call and Post Newspaper in Cleveland, Ohio. We interviewed former president Barack Obama one-on-one when he was campaigning for president. As to the Obama interview, CLICK HERE TO READ THE ENTIRE ARTICLE AT CLEVELAND URBAN NEWS.COM, OHIO'S LEA DER IN BLACK DIGITAL NEWS . By editor Kathy Wray Coleman CLEVELANDURBANNEWS.COM-CLEVELAND, Ohio- Activists and faith-based groups, among others, and under the leadership of   ( familiesbelong.org ),  will rally Saturday, June 30, 2018 from 10 am-1pm on Public Square in downtown Cleveland as part of a day of opposition across the country to President
Post a Comment
Read more
More posts