Showing posts with the label Bobbie Kristina
Show all

Bobbi Kristina likely not to recover, the daughter of the late Whitney Houston and Bobby Brown is in a medically induced coma, By Cleveland Urban News.Com, Ohio's leader in Black digital news 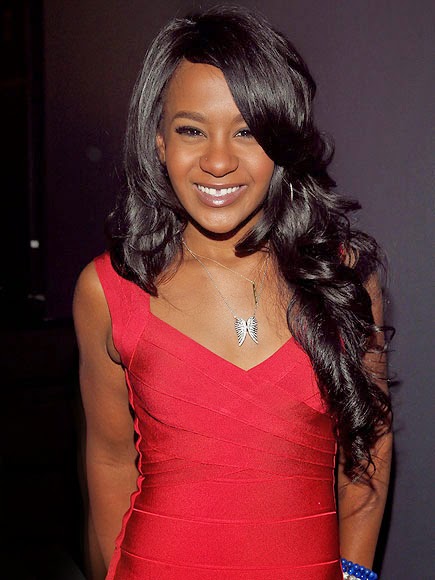 Bobbi Kristina From the Metro Desk of Cleveland Urban News.Com and the Kathy Wray Coleman Online News Blog.Com, Ohio's leaders in Black digital news    ( www.clevelandurbannews.com ) / ( www.kathywraycolemanonlinenewsblog.com ) Bobbi Kristina Brown, the daughter of the late pop singer Whitney Houston and R&B singer Bobby Brown, is likely not to recover from a medically induced coma that has her on life support and unresponsive, People Magazine reported yesterday. According to the news report, it would be a miracle if the unresponsive 21-year-old Bobbi Kristina recovers. The young woman, who friends says was still grieving the loss of her mother, was reportedly found face down in the bathtub by her husband Nick Gordon, 30, and a friend in their Roswell, Georgia, home on Saturday morning. Gordon performed CPR before paramedics arrived  and  his young wife was ultimately transported by ambulance to North Fulton Hospital, an Atlanta area hospital. She has
Post a Comment
Read more
More posts