Cleveland activists to picket today to remember 4-year-old murder victim Aniya Day- Garrett, whose mom and her mother's boyfriend have been convicted in her death, an untimely death that activists say highlights alleged neglect and malfeasance by Cuyahoga County officials and Job and Family Services as well as a lack of oversight as to poor, Black children, who routinely die under its purview, data show...County Executive Armond Budish has not commented publicly since the verdict against Garrett's mom, Sierra Day, 24, and her boyfriend, Deonte Lewis, 27...."We are protesting today, the anniversary of Aniya's death of March 11, 2018, in response to neglect and malfeasance by county officials and Job and Family Services," said activist Alfred Porter Jr., who leads Black on Black Crime Inc, an organizing group for the protest along with Fathers Lives Matter and the Black Man's Army, among others....By editor Kathy Wray Coleman of Clevelandurbannews.com and Kathywraycolemanonlinenewsblog.com, Ohio's most read Black digital newspaper and Black blog 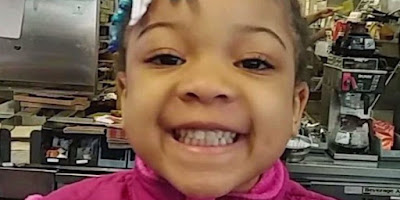