Showing posts from December, 2013
Show all

What did contests with two of NBA's best, namely Miami and Portland, reveal about the Cleveland Cavaliers? By Cleveland Urban News.Com Sportswriter Karl Kimbrough 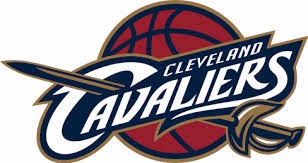 By Karl Kimbrough, Cleveland Urban News.Com Sportswriter (kimbrough@clevelandurbannews.com).    Cleveland Urban News.Com and The Kathy Wray Coleman Online News Blog.Com, Ohio's No 1 and No 2 online Black news venues  ( www.clevelandurbannews.com ) Cleveland Urban News.Com Sportswriter Karl Kimbrough CLEVELAND, Ohio- The Cleveland Cavaliers would play the World Champion Miami Heat at their home in Miami on December 14, 2013. They would thereafter return to Cleveland to play the Portland Trailblazers, the team with the best won, lost record in the talent rich Western Conference of the NBA this season. The Cavaliers had played 22 games and their record was 9-13. They had won five out of their last six games after a poor start to this season. So these two games would be tests against the current NBA elite to see how good or not so good the Cavs are at the quarter mark of the season. It would also let them know what they need to improve as players, coaches and as an o
Post a Comment
Read more

Indicted Bedford Municipal Court Judge Harry Jacob III, a Republican charged with operating a prostitution ring out of the court he presided over, and money laundering and solicitation, among a host of other alleged crimes By Kathy Wray Coleman, Publisher, Editor-n-Chief, Cleveland Urban News. Com and The Cleveland Urban News.Com Blog, O hio's Most Read Online Black Newspaper and Newspaper Blog  K a thy Wray Coleman is  a community activist and 20 year investigative journalist who trained for 17 years at the Call and Post Newspaper, Ohio's Black press with print  newspapers  in Cleveland, Cincinnati and Columbus, Ohio. The Call and Post is published by international boxing promoter Don King ( www.clevelandurbannews.com ) CLEVELAND, Ohio-A White male judge of a suburban municipal court of greater Cleveland and the city law director, also White, were charged yesterday by a Cuyahoga County Grand Jury with  pimping women through an organized prostitution ring o
Post a Comment
Read more 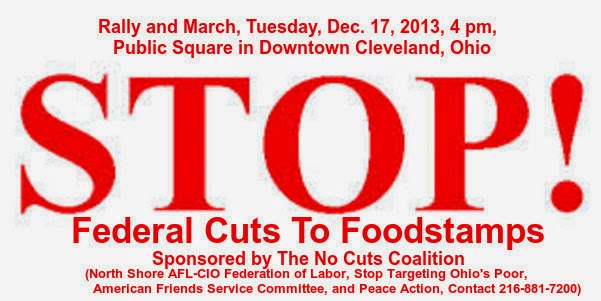 By Kathy Wray Coleman, Publisher, Editor-n-Chief, Cleveland Urban News. Com and The Cleveland Urban News.Com Blog, Ohio's Most Read Online Black Newspaper ( www.clevelandurbannews.com ) CLEVELAND, Ohio-A coalition of Cleveland area grassroots activists and labor advocates dubbed "The No Cuts Coalition" will host a stop-cuts-to-food stamps rally and march at 4 pm on Tuesday, December 17, 2013 on Public Square in downtown Cleveland at the northwest quadrant by the Tom Johnson statute, community activists said Monday. (Editor's note: For more information on the rally and march contact  the North Shore AFL-CIO Federation of Labor at  216-881-7200). Proposed federal cuts to the budget, the infighting in Congress that could cause a second government shutdown in under two months, include $39 billion over 10 years by the U.S. House of Representatives, and $4.1 billion over the same period by the U.S. Senate.   "One in six families don't know where their
Post a Comment
Read more

By Kathy Wray Coleman, Publisher, Editor-n-Chief, Cleveland Urban News. Com and The Cleveland Urban News.Com Blog, Ohio's Most Read Online Black Newspaper ( www.clevelandurbannews.com ) CLE VELAND, Ohio-Newtown, Connecticut became a household name on Friday, December 14, 2012 when the heavily armed Adam Lanza (pictured), 20, shot his divorcee mother in the face multiple times, killing her, and then starred in a massacre, gunning down 20 first -graders and six educators at Sandy Hook Elementary School where his mother Nancy  worked  as a teacher.  Among  the dead adults were a  school principal, a psychiatrist, teachers, and a school guidance  counselor . The troubled Lanza then turned the gun on himself with a self inflicted gunshot wound to the head. He left behind a slew of unanswered questions and re-ignited a ferocious debate on gun violence and gun control. Saturday, December 14, 2013 marked the first anniversary of the brutal tragedy, the first of its kind in Ame
Post a Comment
Read more
More posts