Showing posts with the label Aretha Frankln
Show all

Black Ohio State Reps. Barnes and Patmon of Cleveland speak on Aretha Franklin as to Barnes' sexual assault- respect your date bill in Franklin's honor and Patmon's personal relationship with Franklin and her father, the late Rev. C.L. Franklin, an interview by Kathy Wray Coleman ....John Barnes' bill, titled the 'Respect Your Date Act,' has passed the Ohio House and is awaiting approval by the Ohio Senate, and Bill Patmon, a native of Detroit, said Aretha Franklin "was a queen and a commoner, and could associate with common folks and then sing for the president," and that her father marched with MLK and opened his church in Detroit to community activists during the Civil Rights Movement of the 60s, including to the Black Panther Party......By Clevelandurbannews.com and Kathywraycolemanonlinenewsblog.com, Ohio's most read Black digital newspaper and Black blog with some 5 million views on Google Plus alone.Tel: (216) 659-0473 and Email: editor@clevelandurbannews.com 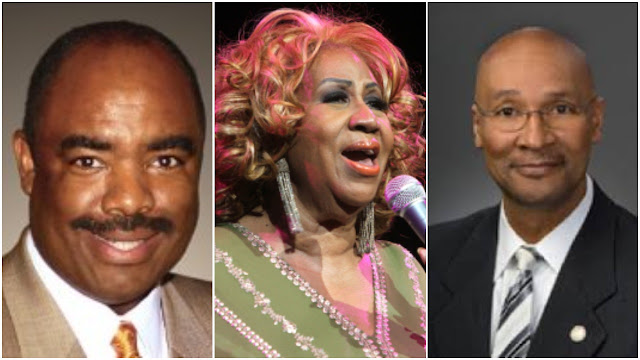