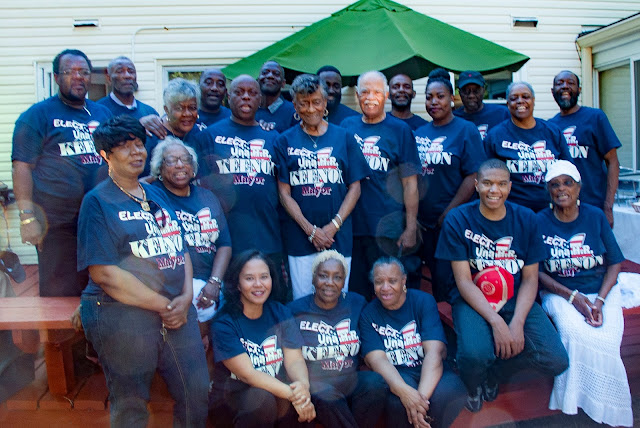 Una H.R. Keenon (standing in first standing row, third from left) poses with supporters relative to her bid for mayor of the city of East Cleveland at her home in East Cleveland. The primary election for East Cleveland mayor is Sept 12, 2017 and the general election is Nov. 7, 2017. (Photo by Maria Valle-Solomon) . Black women educators of greater Cleveland recently held fundraiser for Keenon, her second fundraiser, at the home of David and Dr, Mary Rice, Rice posing second from left in first row and seated on the bench and a retired Cleveland schools principal and member of the East Cleveland Board of Education.  Clevelandurbannews.com  and  Kathywraycolemanonlinenews blog.com  , and  Obamacaresurvives.com ,  Ohio's most read Black digital newspaper and Black blog with some 4.8 million views on Google Plus alone.Tel: (216) 659-0473 and Email: editor@clevelandurbannews.com. Kathy Wray Coleman, editor-in-chief, and who trained for 17 years at the Call and Post Newspaper in
Read more
More posts