Uppercut victim Shidea Lane found guilty of disorderly conduct by Shaker Hts Judge K.J. Montgomery, former bus driver Artis Hughes, who sucker punched Lane and tossed her from an RTA bus after an altercation between the two, was previously found guilty of assault 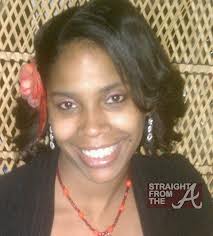 CLEVELAND, Ohio- Shidea N. Lane (pictured), the young Black woman who made national news last year for getting uppercut, choked, and thrown from a Regional Transit Authority (RTA) bus by since fired bus driver Artis Hughes, pleaded no contest on Tuesday to misdemeanor disorderly conduct before Shaker Hts Municipal Court Judge K. J Montgomery and was found guilty.  She will be sentenced next month and faces a maximum $250 fine and 30 days in jail.  The criminal charge, brought by the City of Beachwood where the incident occurred,  was heard in Shaker Hts court, which hears t raffic and misdemeanor cases and some civil lawsuits from Beahwood and other neighboring municipalities. "We were there for support and the judge did not want to here anything from Shidea's attorney on the bruises she allegedly got, " said Valerie Robinson, 76, a member of  the Imperial Women and Stop Targeting Ohio's poor, and a retired Cleveland schools teacher.  Imperial Women, a great
Post a Comment
Read more
More posts