Showing posts with the label endorsements
Show all 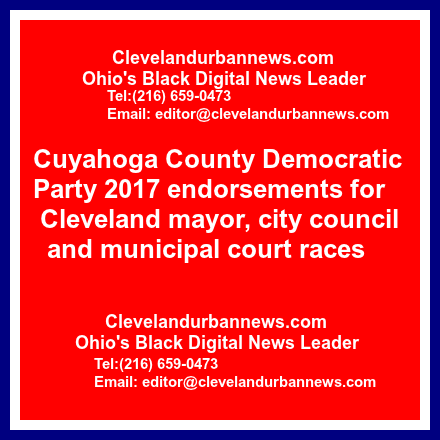 Clevelandurbannews.com  and  Kathywraycolemanonlinenews blog.com  ,  Ohio's most read Black digital newspaper and Black blog with some 4.5 million views on Google Plus alone.Tel: (216) 659-0473 and Email: editor@clevelandurbannews.com. Kathy Wray Coleman, editor-in-chief, and who trained for 17 years at the Call and Post Newspaper in Cleveland, Ohio. We interviewed former president Barack Obama one-on-one  when he was campaigning for president. As to the Obama interview,   CLICK HERE TO READ THE ENTIRE ARTICLE AT CLEVELAND URBAN NEWS.COM, OHIO'S LEA DER IN BLACK DIGITAL NEWS . CLEVELAND URBAN NEWS.COM, CLEVELAND, Ohio- Three- term Black Cleveland Mayor Frank Jackson, who this year is seeking an unprecedented fourth term among 10 other candidates that want his job, including two write-ins, won the endorsement of the Cuyahoga County Democratic party at an executive committee meeting on Saturday as did some judicial candidates, and all sitting members of city council seeki
Read more

Unofficial voting ballot of The Imperial Women endorsements for the March 6, 2012 primary in Cuyahoga County, Ohio 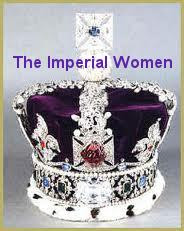