Showing posts with the label corrupt
Show all

CLEVELAND IS NO FERGUSON, MISSOURI WHERE PEOPLE ARE RALLYING AGAINST THE POLICE KILLING OF UNARMED BLACK TEEN MICHAEL BROWN AND IT IS DUE TO CORRUPT AND RACIST WHITE CUYAHOGA COUNTY PROSECUTOR TIM MCGINTY AND SELLOUT BLACK POLITICIANS AND BLACKS LIKE FORMER CLEVELAND NAACP PRESIDENT AND ATTORNEY GEORGE FORBES AND CLEVELAND NAACP ATTORNEYS JAMES HARDIMAN AND MICHAEL NELSON SR, ALL ON THE TAKE AND GETTING MONEY FROM THE COUNTY PROSECUTOR'S OFFICE AND OTHERS FOR THEIR LAW FIRMS TO BE QUIET ON THE 137 SHOTS CLEVELAND POLICE KILLINGS OF UNARMED BLACKS MALISSA WILLIAMS AND TIMOTHY RUSSELL AND TO SELLOUT THE BLACK COMMUNITY ON JUDICIAL CORRUPTION, MALICIOUS PROSECUTIONS AND EXCESSIVE FORCE CASES AND OTHER MALFEASANCE BY POLICE 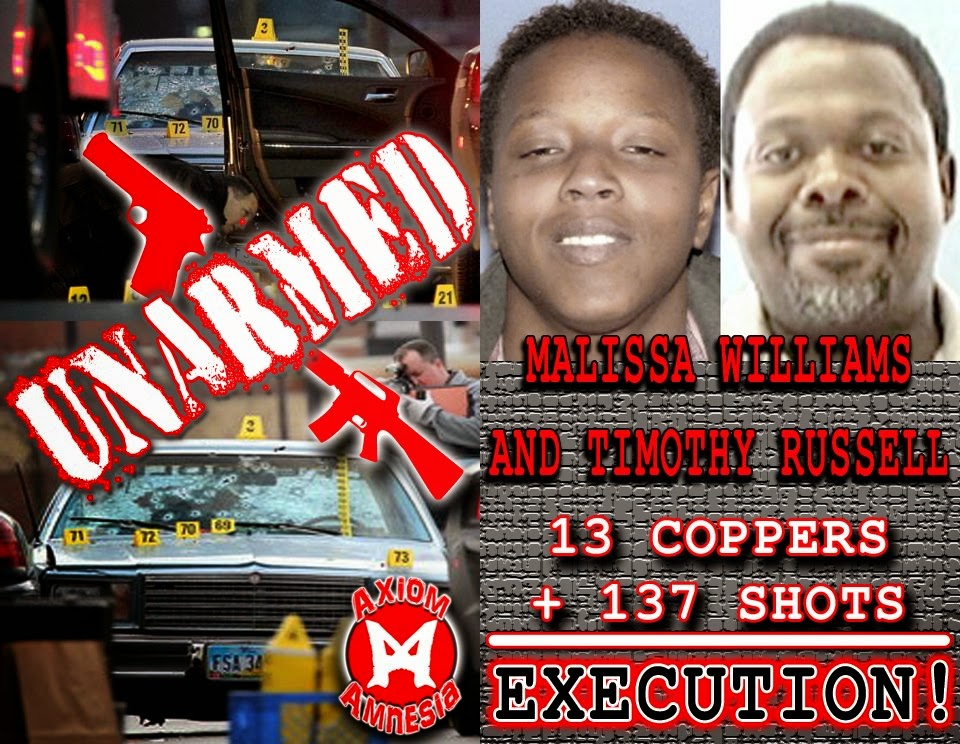 ( www.clevelandurbannews.com ) /   ( www.kathywraycolemanonlinenewsblog.com ) CLEVELAND IS NO FERGUSON, MISSOURI WHERE PEOPLE ARE RALLYING AGAINST THE POLICE KILLING OF UNARMED BLACK TEEN MICHAEL BROWN  DUE TO SELL OUT BLACKS, INCLUDING SOME BLACK POLITICIANS, AND CORRUPT AND RACIST WHITE COUNTY PROSECUTOR TIM MCGINTY: Archived Article on McGinty of June 2014  CLICK HERE TO READ THIS ARTICLE AT CLEVELAND URBAN NEWS.COM :  Cuyahoga County Prosecutor Tim McGinty (pictured below) protected 12 White Cleveland cops that gunned down unarmed Blacks Malissa Williams and Tim Russell with 137 bullets from criminal charges by prejudicing the county grand jury in their favor, only one of the 13 cops that did the shooting has been charged, and with two counts of involuntary manslaughter, McGinty continues to employ a racially hostile and uneducated White woman named Lily Miler in the county prosecutor's office as  a child support  enforcement employee who harasses Blacks, Miller calls herse
Post a Comment
Read more

Corrupt Cuyahoga County Prosecutor Tim McGinty, elected in 2012 as the Cuyahoga County prosecutor to maliciously prosecute Blacks and others and to protect Cleveland police from prosecution when they gun down unarmed, innocent Blacks and others, is remembered by Journalist and Community Activist Kathy Wray Coleman for his corruption and harassment of Blacks and others that came before him as a judge over civil and criminal cases, this moron was endorsed by the Call and Post Newspaper for county prosecutor, Ohio's phony Black press that is owned by boxing promoter Don King and that took money from McGinty and that steals and publishes the intellectual property of its writers like Coleman and will not pay for it, and its officials harass their own writers to be quiet on racism and intimidation for racist and corrupt White judges in appellate, common pleas and municipal courts of Cuyahoga County like McGinty, read this affidavit of prejudice filed against him by Coleman with the then chief justice of the Ohio Supreme Court when he presided over her Shaker Hts racial discrimination and free speech civil lawsuit as to her articles in the Call and Post, including the one-on-one interview with President Obama that she chased down when he was running for election, No good McGinty was and is protected by the Ohio Supreme Court because he is a no good White man with no scruples, Coleman says she is now being defamed on the Internet by McGinty and his employee Lily Miller and that McGinty has his judicial friends and some of his Black elected official friends still harassing her, Coleman now publishes Cleveland Urban News.Com, Ohio's most read online Black newspaper

Former Cuyahoga County Common Pleas Judge Tim McGinty,  a Democrat who was elected as Cuyahoga County Prosecutor in 2012 to further his harassment of Blacks, other minorities, women and the public. He paid Ohio's Black press, the Call and Post, for an endorsement and now he runs the newspaper and the Cleveland Chapter NAACP. Community activists want him investigated by the FEDS and jailed. Below is an example of how corrupt judges like McGinty can do as they please to Blacks and women and  affidavits of prejudice to seek to get them removed form cases for harassment are ignored by the all White Ohio Supreme Court, which is just as corrupt, data show, and is now under the leadership of Corrupt Ohio Supreme Court Chief Justice Maureen O'Connor, who was elected as the chief justice in 2010.  Remembering Corrupt And Racist Judge Tim McGinty As To The Prejudice Affidavit In The Ohio Supreme Court As To Black Journalist Kathy Wray Coleman   Journalist Kathy Wray Cole
Post a Comment
Read more

Why The Cuyahoga County Democratic Party Should Not Endorse Corrupt And Racist Tim McGinty For County Prosecutor To Prosecute Innocent Blacks, Others

National political news and local news from the Cleveland metropolitan area brought to the community from ( www.kathywraycolemanonlinenewsblog.com ) and ( www.clevelandurbannews.com ) (Read below what our investigation of Tim McGinty reveals and why he should not be elected Cuyahoga County prosecutor) Former Cuyahoga County Court of Common Pleas Judge Tim McGinty, a candidate for Cuyahoga County prosecutor in next year's Democratic Primary whom community activists are calling the Black community's greatest nightmare and a detriment to the Democratic process (Editor's note: McGinty resigned as the first judge presiding over the Anthony Sowell Serial Killer Capital Murder Case for impropriety. He was a tyrant on the bench who harassed Blacks, women, community activists, other minorities and his own judicial colleagues. He put former Cleveland NAACP Executive Director Stanley Miller as a Cuyahoga County Grand Jury Foreman to push grand jury indictments of criminal charges ag
Post a Comment
Read more
More posts