Showing posts with the label 2019 election
Show all

East Cleveland voters oust council president and one other incumbent, and one incumbent school board member, East Cleveland of which is a majority Black impoverished suburb of Cleveland....By editor Kathy Wray Coleman of Clevelandurbannews.com and Kathywraycolemanonlinenewsblog.com 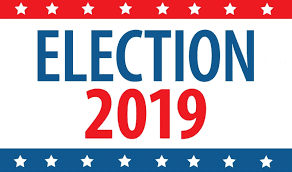 By Kathy Wray Coleman, editor-in-chief  at   Clevelandurbannews.com and Kathywraycolemanonlinenewsblog.com ,  Ohio's most read digital Black newspaper and Black blog.  Tel: (216) 659-0473. Email: editor@clevelandurbannews.com.   Coleman is an experienced Black political reporter who covered the 2008 presidential election for the Call and Post Newspaper in Cleveland, Ohio and the presidential elections in 2012 and 2016 As to the one-on-one interview by Coleman with Obama   CLICK HERE TO READ THE ENTIRE ARTICLE AT CLEVELAND URBAN NEWS.COM, OHIO'S LEADER IN BLACK DIGITAL NEWS .   Clevelandurbannews.com and Kathywraycolemanonlinenewsblog.com  -EAST  CLEVELAND, Ohio- East Cleveland voters on Tuesday voted out two incumbent council persons, both allies to Mayor Brandon King and one of them the council president, and kept two school board incumbents while voting out another. King is up for reelection in 2021. East Cleveland is an 92 percent Black and impoverished
Post a Comment
Read more
More posts