Showing posts with the label Dems
Show all 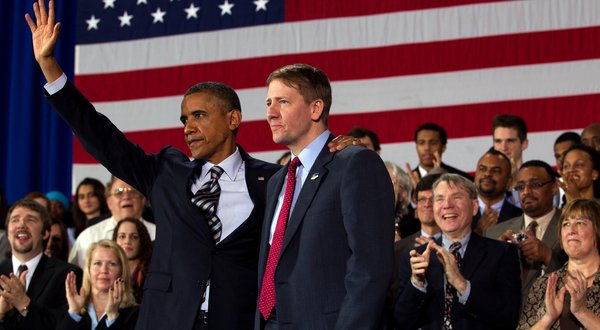 Former president Barack Obama, left, and Richard Cordray, Obama's former D.C consumer watch dog and an unsuccessful 2018 Democratic candidate for Ohio governor Letter below from Richard Cordray, 2018 Democratic gubernatorial candidate in Ohio, a letter sent Friday, December 14, 2018 via email (Editor's note: A former consumer watchdog with the Obama administration and a former Ohio attorney general, Cordray urges fellow Democrats to begin preparing for the 2020 presidential election. Cordray lost close race for governor in November 2018 against Mike DeWine, a Republican and former Ohio Attorney General and former United States Senator. In September of 2018, Obama rallied for Corday's bid for governor in Cleveland ) Dear  [supporter], I've been spending the last month collecting my thoughts on the past year and wanted to share some of them with you. Thank you for all your help in what was an amazing and memorable campaign. From the whirlwind o
Post a Comment
Read more
More posts