Showing posts with the label anthony sowell
Show all

Racist Judge Nancy Fuerst: Cleveland settles Imperial Avenue Serial Murders lawsuit for $166 thousand each minus taxes and legal fees to six of the 11 families as activist Kathy Wray Coleman comments to WTAM, Coleman of whom leads the www.ImperialWomenCoalition.Com....Coleman says the settlement is too low considering the level of police negligence in the sordid case, including releasing Sowell from custody on a rape complaint to murder the last six of his 11 murder victims....Serial killer Anthony Sowell, who sits on death row, murdered 11 Black women at his home on Imperial Avenue in Cleveland, Ohio, and raped three other Black women.... Judge Fuerst dismissed the lawsuit for Cleveland city officials and it was reinstated on appeal, and she is up to more tricks, say sources, as to the families of the other five Black women murdered by Sowell that have not reached a settlement....Judge Fuerst is up for reelection in 2020....This WTAM article herein is by reporter Ken Robinson....www.clevelandurbannews.com, www.kathywraycolemanonlinenenwsblog.com. Tel (216) 659-0463. Email: editor@clevelandurbannews.com 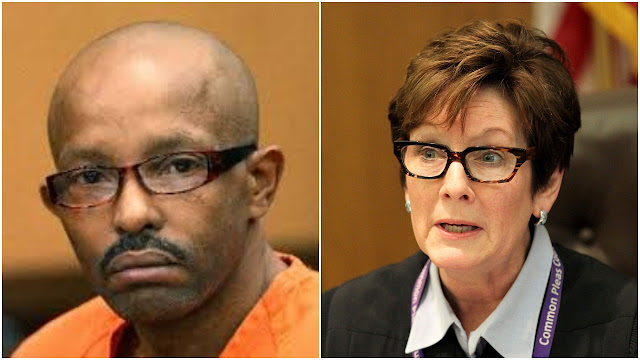 The comments under this picture are by editor Kathy Wray Coleman of  Clevelandurbannews.com and Kathywraycolemanonlinenewsblog.com :  Serial killer Anthony Sowell (left) and Cuyahoga County Court of Common Pleas Judge Nancy Fuerst, who is  is presiding over a police negligence lawsuit filed by the families of 11 Black women murdered by  Sowell at his since demolished home on Imperial Avenue in Cleveland, Ohio. The meritorious lawsuit was reinstated on appeal after it was dismissed by Judge Fuerst, who is up for reelection in 2020. Six of the families of the 11 women murdered by Sowell  have settled a police negligence lawsuit with the city of Cleveland for $1 million to be split between them. The city also agreed to pay court costs, which is different from legal fees. The six murdered women at issue as to the settlement were murdered in 2009 after the cops, in 2008, arbitrarily released Sowell from custody on a rape complaint. The other four murdered Black women went missing in 200
Post a Comment
Read more

Imperial Avenue Murders vigil set for Jan 3, 2017: Ohio Supreme Court upholds Anthony Sowell's convictions and death sentence and activists will hold a criminal case closure vigil at 4:30 pm on Tuesday, January 3, 2017 on Imperial Avenue where Sowell murdered 11 Black women.....Call Kathy Wray Coleman of the Imperial Women Coalition at 216-659-0473, Khalid Samad of Peace in the Hood at 216-538-4043 and Alfred Porter Jr. of Black on Black Crime Inc at 216-804-7462 for more information....The Ohio Supreme Court voted 5-2 to uphold Sowell's convictions and death sentence with Chief Justice Maureen O'Connor and Justice William O'Neil, the only Democrat on the seven-member all White court, dissenting, O' Neil saying the death penalty is unconstitutional and O'Connor on other grounds....The NAACP opposes the death sentence while some but not all community activists say serial killers like Anthony Sowell are the exception...Black Lives Matter to also be in attendance.....By www.clevelandurbannews.com, Ohio's Black digital news leader 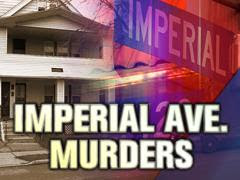 Convicted serial killer and death row inmate Anthony Sowell The 11 Black women (pictured above) murdered on Imperial Avenue in Cleveland by convicted serial killer and death row inmate Anthony Sowell. (Editor's note: See full pictures at the end of this atricle of the 11 Black female murder victims of Sowell ). ( www.clevelandurbannews.com ) /   ( www.kathywraycolemanonlinenewsblog.com ). Ohio's most read Black digital newspaper and Black blog.Tel: (216) 659-0473 and Email: editor@clevelandurbannews.com By Editor-in-Chief  Kathy Wray Coleman, a-24-year journalist who trained at the Call and Post Newspaper in Cleveland, Ohio for 17 years, and who interviewed now President Barack Obama one-on-one when he was campaigning for president. As to the Obama interview,   CLICK HERE TO READ THE ENTIRE ARTICLE AT CLEVELAND URBAN NEWS.COM, OHIO'S LEADER IN BLACK DIGITAL NEWS .  (Note: A former biology teacher and longtime Cleveland activist, Coleman is the
Read more 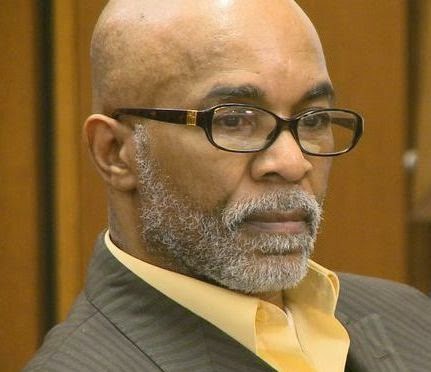 Convicted rapist and teen murderer Hernandez Warren Victim Gloria Pointer Gloria Pointer's mother Yvonne Pointer, now a community activist and children and woman's advocate, and Cuyahoga County Prosecutor Tim McGinty, who broke the case with DNA sampling that had been unsolved since 1984, and he did it less than two years after taking the helm as county prosecutor in 2012 Cleveland Urban News. Com and The Cleveland Urban News.Com Blog, O hio's Most Read Online Black Newspaper, Tel: (216) 659-0473    ( www.clevelandurbannews.com ) /   ( www.kathywraycolemanonlinenewsblog.com CLEVELAND, Ohio-After three decades of pain and grief following the unsolved rape and murder of her 14-year-old daughter Gloria, Yvonne Pointer, now a woman's advocate, a nationally recognized author, and a missing children's spokesperson, found some solace on Friday as the rapist and murderer of her daughter was sentenced to life in prison. The sentence, which mandates that
1 comment
Read more

Cleveland Councilman Zack Reed to hand out pepper spray tonight, August 7, for Black, other women after self defense training class, activity comes on heels of the victims of child rapist and kidnapper Ariel Castro, the 11 Black women murdred by serial killer Anthony Sowell on Imperial Avenue in Cleveland, and 3 Black women murdered in East Cleveland at the hands of accused serial killer Michael Madison 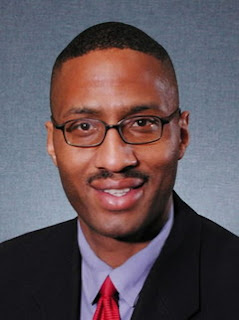 Cleveland Ward 2 Councilman Zack Reed By Kathy Wray Coleman, Editor, Cleveland Urban News. Com and The Kathy Wray Coleman Online News Blog.Com, Ohio's No 1 and No 2 online Black newspapers  ( www.kathywraycolemanonlinenewsblog.com ) and ( www.clevelandurbannews.com ).  Kathy Wray   Coleman is a former biology teacher and a 20-year investigative Black journalist who trained for some 15 years at the Call and Post Newspaper .  Reach Coleman by phone at 216-659-0473 and by email at  editor@clevelandurbannews.com CLEVELAND, Ohio - In the wake of heightened violence against women in greater Cleveland from the victims of child rapist and kidnapper Ariel Castro, to the 11 Black women murdered on Imperial Avenue in Cleveland by serial killer Anthony Sowell, to the three Black women whose bodies were found in East Cleveland wrapped in garbage bags last month allegedly at the hands of accused serial killer Michael Madison, graduates  from Cleveland Ward 2 Councilman Zack Reed and the
Post a Comment
Read more 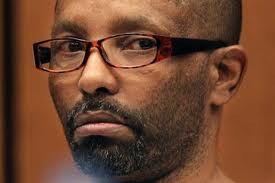 Convicted Serial Killer of 11 Black Women On Imperial Ave in Cleveland Anthony Sowell, whose rape and murder convictions are on appeal and who is awaiting the death penalty for his heinous crimes By Kath y Wray Coleman, Editor, Cleveland Urban News. Com and The Kathy Wray Coleman Online News  Blog.com ( www.kathywraycolemanonlinenewsblog.com ) and ( www.clevelandurbannews.com )   CLEVELAND, Ohio-The Imperial Women, a majority female grassroots group founded around the unprecedented murders of 11 Black women by since convicted serial killer Anthony Sowell on Imperial Ave. in Cleveland, Oh., are voicing opposition to efforts by City of Cleveland officials to change the name of the street where the women were raped, strangled and murdered, asking if all streets of Cleveland where women were raped, strangled and murdered partly because of malfeasance by city officials and police will be changed to different names, and why Cleveland Mayor Frank Jackson chose two Black male prominent a
2 comments
Read more
More posts