Showing posts with the label Journalist James Foley
Show all

Memorial services held for beheaded journalist James Foley, President Obama comments on his slaying, his family releases a letter from him, Foley was abducted by Islamic State militants while covering the war in Syria 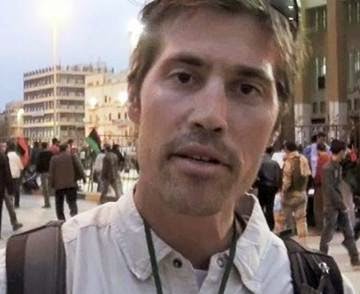 James Foley From the Metro Desk of Cleveland Urban News. Com and The Cleveland Urban News.Com Blog,  O hio's Most Read Online Black Newspaper and Newspaper Blog   ( www.clevelandurbannews.com ) /   ( www.kathywraycolemanonlinenewsblog.com ) ROCHESTER,  New Hampshire-A memorial mass that drew hundreds was held for beheaded U.S. freelance photojournalist James Foley  Sunday afternoon in  Rochester, NH   , his hometown where friends, family and journalists from across the country gathered to mourn his death and salute his life accomplishments.   A video was released on Tuesday showing Foley's beheading by a masked executioner with a British accent. President Obama said in a statement Friday that the execution of the well-regarded journalist "shocks the conscience of an entire world." The president also said that "the U.S. will do what is necessary to see that justice is done." A well-paid journalist, Foley was abducted in northern Syria in 2012
Post a Comment
Read more
More posts