Showing posts with the label Brandon Weedon
Show all

Should fans be concerned about Browns loss to Colts? 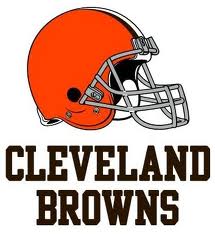 By Karl Kimbrough, Cleveland Urban News.Com Sportswriter. Reach Kimbrough at kimbrough@clevelandurbannews.com. Cleveland Urban News.Com Sportswriter Karl Kimbrough ( www.kathywraycolemanonlinenewsblog.com ) and ( www.clevelandurbannews.com ). CLEVELAND, Ohio-  What really happened at the Indianapolis Colts Lucas Oil Stadium last week? Did the Colts 27 to 6 win over the Cleveland Browns reveal that the Colts are that much better than the Browns? It was the third preseason game which many consider to be the dress rehearsal for the first regular season game. However, every coach has his philosophy about how to approach that third preseason game.  While Browns head coach Rob Chudzinski did not come out and say he was looking forward to the game against the Colts as the dress rehearsal for the regular season, he also did not say otherwise.  Chudzinski appeared unhappy about the way some of the players, especially Brandon Weeden, played against Indianapolis. This w
Post a Comment
Read more
More posts