Showing posts with the label Elain Gohlstin
Show all

Susan Bro, Samaria Rice and Elaine Gohlstin to headline Women's March Cleveland, Jan 19, 2019, with a rally and speeches on Public Square at 11am, a noon march, and 1 pm speeches at Old Stone Church on Public Square with Gohlstin and Bro as keynote speakers.....Some 25 speakers, including activists and a few elected officials, will speak at the event....Read on the full list of speakers here....Susan Bro is the mother of murdered anti-racist activist Heather Heyer of Virgina, Rice, who will speak at 11am, is the mother of 12-year-old Tamir Rice, whom Cleveland police erroneously shot and killed in 2013, and Gohlstin is president of the Black Women's PAC of greater Cleveland and president and CEO of the Harvard Community Services Center in Cleveland.....Clevelandurbannews.com and Kathywraycolemanonlinenewsblog.com, Ohio's most read Black digital newspaper and Black blog 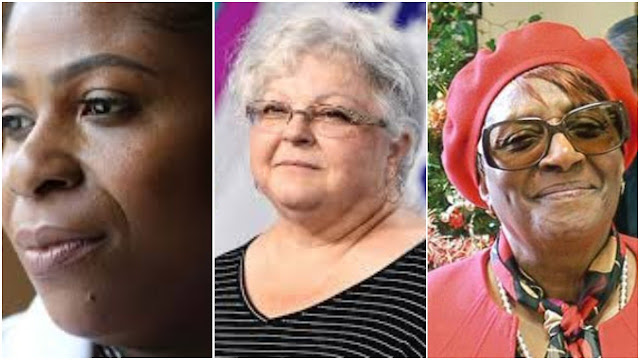 Cleveland Lee Harvard-Miles Heights community to host annual family unity day event on Saturday, September 1, 2018 at the Arthur Johnson Park in Ward 1, Councilman Joe Jones saying he will attend in support of the key organizer, "Ms. Dionne 'Lady D' Buchanan, who has been active and dedicated to the community for over 40 years."....."Ms Buchanan is wonderful to the community and strong in her conviction to what she believes to be helpful to those in need," sad Elaine Gohlstin, president and CEO of the Harvard Community Services Center, who is also president of the Black Women's PAC of greater Cleveland....Others associated with the annual unity day event that began in 1988 are Arvin Pratt, Marie Foster, Vernon and Wendy Henderson, and Gloria Little....Buchanan spearheaded the Lady D Drill Team and Drum Corp for decades to give Black children and teens a venue to express their talents and to stay out of trouble...Ward 1 has Cleveland's largest Black voting bloc....By editor Kathy Wray Coleman of Clevelandurbannews.com and Kathywraycolemanonlinenewsblog.com, Ohio's most read Black digital newspaper and Black blog with some 5 million views on Google Plus alone.Tel: (216) 659-0473 and Email: editor@clevelandurbannews.com. 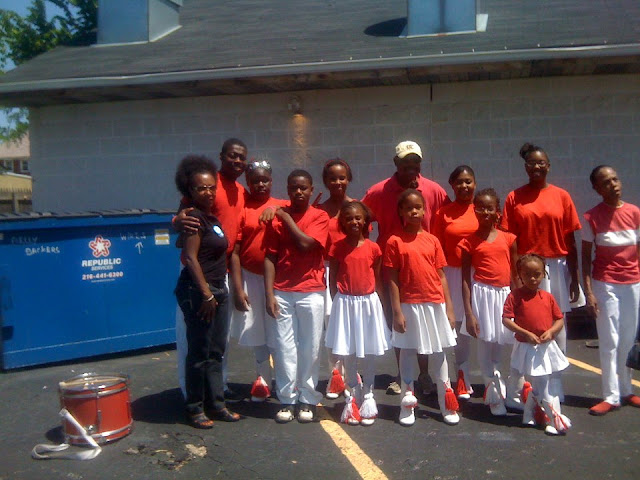 Dionne "Lady D" Buchanan (far right) poses with some members of the Lady D Drill Team and Drum Corp of Cleveland Dionne "Lady D" Buchanan (far left) at a community event with her youngest daughter, April Buchanan (fourth from feft) Clevelandurbannews.com and Kathywraycolemanonlinenewsblog.com , Ohio's most read Black digital newspaper and Black blog with some 5 million views on Google Plus alone.Tel: (216) 659-0473 and Email: editor@clevelandurbannews.com. Kathy Wray Coleman, editor-in-chief, and who trained for 17 years at the Call and Post Newspaper in Cleveland, Ohio. We interviewed former president Barack Obama one-on-one when he was campaigning for president. As to the Obama interview, CLICK HERE TO READ THE ENTIRE ARTICLE AT CLEVELAND URBAN NEWS.COM, OHIO'S LEADER IN BLACK DIGITAL NEWS . By Kathy Wray Coleman, editor-in-chief CLEVELANDURBANNEWS.COM-CLEVELAND, Ohio-  The community will host its annual Miles Heights Community Family Day on
Post a Comment
Read more
More posts