Sheila McFarland's murder conviction and life sentence upheld by an all Black Ohio 8th District Court of Appeals panel, with Judge Melody Stewart dissenting, McFarland, who is Black, of whom received a life sentence without the possibility of parole from Cuyahoga County Common Pleas Judge Daniel Gaul after she called the White judge racist, Gaul thereafter promising revenge, and though McFarland did not do the killing and was never at the scene of the crime .....Judge Stewart said in her dissent that there is no evidence to support McFarland's convictions and life sentence....Community activist Alfred Porter Jr. of Black on Black Crime Inc. says McFarland's murder conviction and life sentence without the possibility of parole are "unjust."......The McFarland family says her appointed trial court attorney, Attorney Donald Butler, who is Black, was allegedly ineffective, though her appellate attorneys did not raise the issue of ineffective assistance of counsel on appeal in seeking to get her convictions and life sentence overturned on appeal.... By editor Kathy Wray Coleman of Clevelandurbannews.com and Kathywraycolemanonlinenewsblog.com, Ohio's most read Black digital newspaper and Black blog with some 5 million views on Google Plus alone.Tel: (216) 659-0473 and Email: editor@clevelandurbannews.com 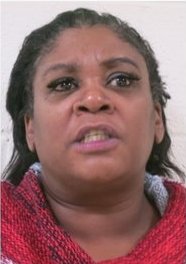 Sheila McFarland Clevelandurbannews.com and Kathywraycolemanonlinenewsblog.com , Ohio's most read Black digital newspaper and Black blog with some 5 million views on Google Plus alone.Tel: (216) 659-0473 and Email: editor@clevelandurbannews.com. Kathy Wray Coleman, editor-in-chief, and who trained for 17 years at the Call and Post Newspaper in Cleveland, Ohio. We interviewed former president Barack Obama one-on-one when he was campaigning for president. As to the Obama interview, CLICK HERE TO READ THE ENTIRE ARTICLE AT CLEVELAND URBAN NEWS.COM, OHIO'S LEADER IN BLACK DIGITAL NEWS . CLEVELAND URBAN NEWS.COM-CLEVELAND, Ohio-  The Ohio 8th District Court of Appeals has upheld the aggravated murder and other convictions of Sheila McFarland, who Cuyahoga County Common Pleas Judge Daniel Gaul handed a life sentences without the possibility of parole after the Black woman called the White judge racist at the sentence hearing. Gaul said during sentencing that McFardlan
Post a Comment
Read more
More posts