Showing posts with the label anti-Trump rally
Show all 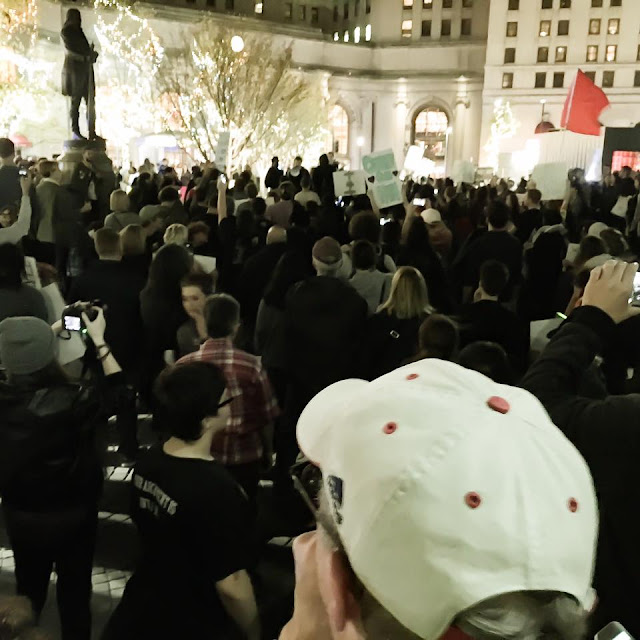 Hundreds gather at Public Square in downtown Cleveland, Ohio Nov. 18, 2016 to rally against United States President-elect Donald Trump. The protesters say they are angry over Trump's insensitive campaign rhetoric and the lack of diversity relative to his all White male transition team and his all White male proposed cabinet to date.  One speaker at the rally said Trump is taking Blacks and women back to the 1960s and that the pendulum has swung as women, Black America and other people of color are getting hostile treatment and are being ignored for key positions in the Trump administration CLICK ON THE CLEVELAND FOX 8 TELEVISION NEWS VIDEO IN THE PICTURE BELOW FOR COVERAGE OF THE CLEVELAND ANTI-TRUMP RALLY WITH SPEECHES BY CLEVELAND ACTIVIST KATHY WRAY COLEMAN AND OTHERS.  CLICK HERE TO VIEW THE SAME VIDEO ON THE WEBSITE OF CLEVELAND FOX 8 NEWS CLICK ON THE CLEVELAND WKYC CHANNEL 3 TELEVISION NEWS VIDEO IN THE PICTURE BELOW TO VIEW COVERAGE OF THE CLEVELAND ANTI-TRUMP
Read more
More posts