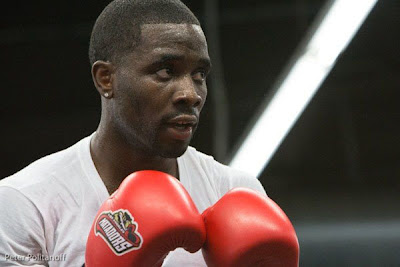 Terrell Gausha By Kathy Wray Coleman, Associate Publisher, Editor, Cleveland Urban News.Com and the Kathy Wray Coleman Online News Blog.Com www.clevelandur bannews.com 0 LONDON, England-Cleveland Glenville High School Graduate Terrell Gausha lost a one-point decision in the second round at the 2012 Summer Olympic Games on Thursday to Indian matinee idol Vijender, whom sports pundits predicted the winner . A middleweight division fighter, Gausha, 24, was among the 16 amateur boxers out of the original 32 to advance to the quarter finals. A former Golden Gloves champion who began boxing at the age of 10, Gausha, who is Black, won the first round of the boxing competition by knocking out Armenia's Andranik Hakobvan in the third round. He is a product of the Cleveland Municipal School District, the city of Cleveland's predominantly Black school system. Cleveland is the second largest city in Ohio with roughly 400, 000 people. Columbus is number one and is the state's
Post a Comment
Read more

By Larry Woods, Guest Columnist CLEVELAND, Ohio-I am a high school drop out named Larry Woods. I saw Kim Brown's comments to the mayor's education proposal and was struck by the brevity and the negativity. (Editor's note: This is an editorial by Larry Woods in response to the one that ran in Cleveland Urban News.Com on July 4 by Kimberly Brown, a former Cleveland mayor candidate and unsuccessful candidate for Cuyahoga County Council who opposes Cleveland Mayor Jackson's education plan that is now a state law that strips Cleveland schools teachers of seniority in exchange for merit pay and hands public monies slated for the school district to charter schools, among other provisions. Signed into law two weeks ago by Republican Gov. John Kasich, the education plan also calls for a levy on the November ballot, something Brown also criticized. Read Brown's editorial at Cleveland Urban News.Com and also here at the Kathy Wray Coleman Online News Blog.Com at http://www.
Post a Comment
Read more
More posts