Showing posts with the label commerce secretary
Show all

Obama nominates Hyatt Hotel heir Penny Pritzker as commerce secretary on her May 2 birthday, president to speak at OSU commencement in Columbus on May 5 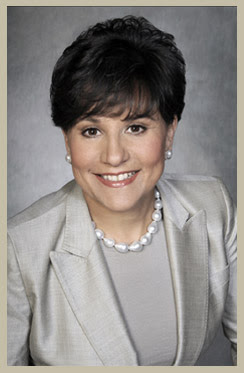 Penny Pritzker From the Metro Desk of Cleveland Urban News.Com and The Kathy Wray Coleman Online News Blog.Com, Ohio's No 1 and No 2 online Black news venues  ( www.clevelandurbannews.com )  Reach Cleveland Urban News.Com by email at editor@clevelandurbannews.com and by phone at 216-659-0473 United States President Barack Obama WASHINGTON, D.C.-President Obama on Thursday announced his nomination of philanthropist Penny Pritzker for U.S. commerce secretary, and it just happen to be Pritzker's birthday on that day of May 2. The president also announced that he will perform the keynote address for commencement ceremonies at The Ohio University in Columbus on May 5. Both announcements make it clear that Obama knows that women, through his nomination of Pritzker, and Ohio, a pivotal state, matter in presidential elections.  A fundraising strategist and heir to the Hyatt Hotel fortune Pritzker, 54, has 25 years of managerial experience in industry, and is a real est
Post a Comment
Read more
More posts