Showing posts with the label Amanda Bery
Show all 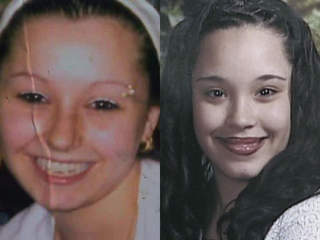 Amanda Berry (left) and Gina DeJesus (Editor's Note: The rally is at 5 pm and the press conference is at 5:30 pm , Thursday, May 9 at 5 pm  at The Chateau Mansion in East Cleveland, 13124 Euclid Ave, Contact 216-659-0473 for more information. Women are asked to wear Black to the rally) Michelle Knight Jazmine Trotter, 20, raped and murdered in Cleveland in late March. Her lifeless body was found in an abandoned home on the city's predominantly Black east side.  Christine Malone, 45, raped and murdered in Cleveland in late March. Her body was also found on Cleveland's east side at East 93rd. St and Bessemer Ave. days after Trotter's body was found less than a mile away. Malone has eight children and they say that Cleveland police ignored their missing person's report and allegedly said "call us if you find her." Malone's body was found two days later in a field, her family members said.  Eleven  Black women (shown below) wer
Post a Comment
Read more
More posts