Showing posts with the label ban
Show all

Presidential candidates senators Kamala Harris and Elizabeth Warren want federal private prisons eliminated, Blacks of whom make a nearly a half million of state and federal prisoners, Warren and Harris saying also that charging for phone calls and basic needs must stop, which is what occurs also in state prisons and county jails, including Cuyahoga County's jail in Cleveland of which charges for local phone calls, even if the inmate is indigent..."So as president, one of the first acts of business for me would be to get rid of these private detention centers," said Senator Harris, one of two Blacks along with Senator Cory Booker in the race for the Democratic nomination for president.... "We've got to take the profit margin out of the issue," said Harris. By editor Kathy Wray Coleman of Clevelandurbannews.com and Kathywraycolemanonlinenewsblog.com, Ohio's most read Black digital newspaper and Black blog 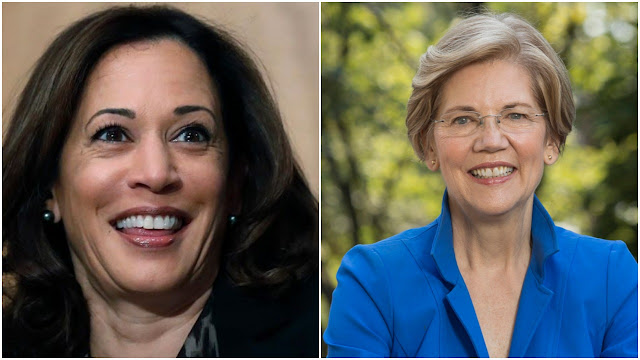 United States senators and Democratic presidential candidates Kamala Harris (D-CA) of California and Elizabeth Warren (D-MA) of Massachusetts are both calling for private federal prions to be banned in an effort to minimize mass incarceration via for-profit prisons that target detained immigrants, the poor, and Blacks in particular  Clevelandurbannews .com and Kathywraycolemanonlinenewsblog.com , Ohio's most read Black digital newspaper and Black blog with some 5 million views on Google Plus alone.Tel: (216) 659-0473 and Email: editor@clevelandurbannews.com. Kathy Wray Coleman, editor-in-chief, and who trained for 17 years at the Call and Post Newspaper in Cleveland, Ohio. We interviewed former president Barack Obama one-on-one when he was campaigning for president. As to the Obama interview, CLICK HERE TO READ THE ENTIRE ARTICLE AT CLEVELAND URBAN NEWS.COM, OHIO'S LEADER IN BLACK DIGITAL NEWS . By Kathy Wray Coleman, editor-in-chief. Coleman is an experienced
Post a Comment
Read more
More posts