Ohio Supreme Court orders Common Pleas Judge Nancy Margaret Russo off the Cleveland firefighters work starting time dispute case, saying SERB, and not the judge, has the authority or jurisdiction to initially hear the issue on whether the city can independently change the work starting time of firefighters without union input....Judge Russo is also ordered to vacate a temporary restraining order that prevented the city from implementing the work-time reporting change from 8:30 am to 7 am, and was ordered by the Ohio Supreme Court to vacate all prior orders and to exercise no further jurisdiction or authority over the case....By editor Kathy Wray Coleman of Clevelandurbannews.com and Kathywraycolemanonlinenewsblog.com, Ohio's most read Black digital newspaper and Black blog 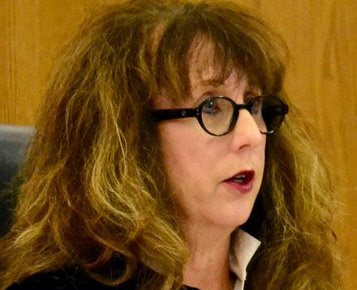 Cuyahoga County Court of Common Pleas Judge Nancy Margaret Russo Clevelandurbannews.com and Kathywraycolemanonlinenewsblog.com , Ohio's most read Black digital newspaper and Black blog with some 5 million views on Google Plus alone.Tel: (216) 659-0473 and Email: editor@clevelandurbanne ws.com. Kathy Wray Coleman, editor-in-chief, and who trained for 17 years at the Call and Post Newspaper in Cleveland, Ohio. We interviewed former president Barack Obama one-on-one when he was campaigning for president. As to the Obama interview, CLICK HERE TO READ THE ENTIRE ARTICLE AT CLEVELAND URBAN NEWS.COM, OHIO'S LEADER IN BLACK DIGITAL NEWS . By Kathy Wray Coleman, editor-in-chief. Coleman is a legal journalist and an investigative reporter Clevelandurbannews.com , CLEVELAND, Ohio -The Ohio Supreme Court on Wednesday ordered Cuyahoga County Court of Common Pleas Judge Nancy Margaret Russo to cease exercising jurisdiction or authority over a dispute between the Association of Cl
Post a Comment
Read more

Ohio Supreme Court Justice Melody J. Stewart is sworn in by Chief Justice O'Connor as the first Black and first Black female elected to that court....O'Connor said that Stewart "has forever earned a place not only in this court's history but in the history of the state of Ohio."....Stewart is a former judge of the 8th District Court of Appeals, which serves Cuyahoga, which includes Cleveland.... Justice Stewart said at her swearing-in that "in being the first Black or African-American woman elected to the supreme court of Ohio I join other historic firsts here, starting with Florence Ellinwood Allen, who, in 1922, was the first woman elected to this court."....Chief Justice Maureen O'Connor is the first female chief justice of the Ohio Supreme Court....By editor Kathy Wray Coleman of Clevelandurbannews.com and Kathywraycolemanonlinenewsblog.com, Ohio's most read Black digital newspaper and Black 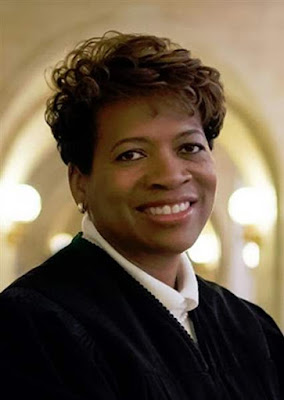