Showing posts with the label Connecticut shooting
Show all 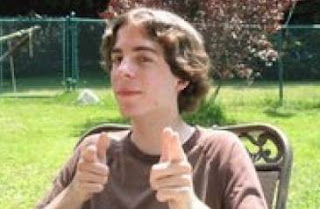 Suspected shooter Adam Lanza, who is accused of shooting his mother in the face multiple times and killing her and then starring in a massacre at Sandy Hook Elementary School in Newtown, Conn on Friday, Dec. 14 that left 20 first graders at the  school and six adults dead, including the school principal, teachers, a psychiatrist, and a school guidance counselor. Lanza then turned the gun on himself a died with a self inflicted gunshot wound to the head, leaving a slew of unanswered questions and a ferocious debate on gun violence and gun control that promises to linger into the new year.   By Kathy Wray Coleman, Publisher, Editor-n-Chief, Cleveland Urban News. Com and The Cleveland Urban News.Com Blog, Ohio's Most Read Online Black Newspaper ( www.clevelandurbannews.com ) CLEVELAND, Ohio-Greater Cleveland community activists will hold a vigil to remember the Connecticut shooting victims of 20 elementary school children and six adults on Sunday, Dec 16 at 7 pm in the parking l
Post a Comment
Read more
More posts