Showing posts with the label cigarettes ordinance
Show all

Cleveland ups cigarette smoking age from 18 to 21: Cleveland City Council passes city law sponsored by Councilman Cimperman that raises age limit from 18 to 21 to purchase cigarettes, and of which is contrary to the state law mandate of 18-years-old....Local business owners call for the mayor to veto the legislation....The new city law, says sources, pertains to vendors but will ultimately be amended to impose criminal penalties against the Black young people impacted where Blacks are disproportionately arrested, charged, criminally prosecuted, and convicted and jailed or imprisoned in the city of Cleveland, in Ohio, and nationwide....Cimperman says that the new city law will save lives....By Cleveland Urban News.Com Editor-in-Chief Kathy Wray Coleman 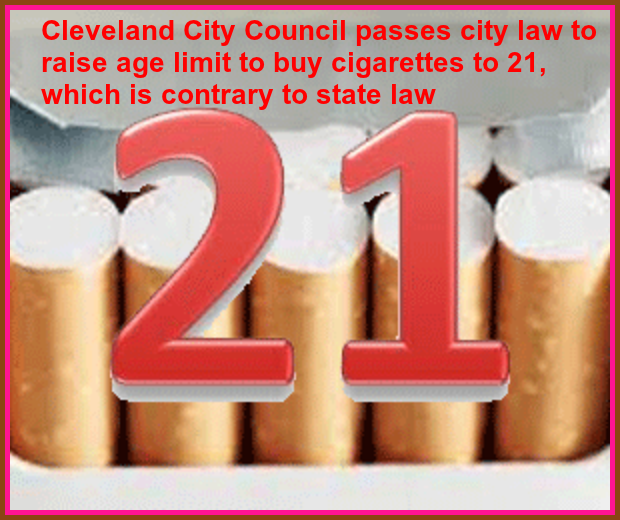