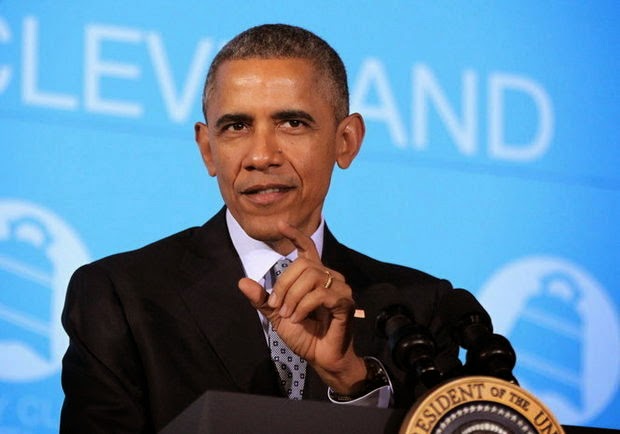 President Barack Obama, America's first Black president, speaks to the City Club at the Convention Center in downtown Cleveland, Ohio on Wednesday, March 18, 2015. A question and answer session was also part of the forum. By Gwendolyn Pitts and Kathy Wray Coleman, Cleveland Urban News.Com and The Kathy Wray Coleman Online News Blog.Com, Ohio's leaders in Black digital news, Tel: (216) 659-0473, Email: editor@clevelandurbannews.com  ( www.clevelandurbannews.com ) /  ( www.kathywraycolemanonlinenewsblog.com ) CLEVELAND, Ohio -President Barack Obama spoke to an intimate group of some 500 members of the City Club of Cleveland and their guests and about a half dozen elected officials at the Convention Center in downtown Cleveland, Ohio on Wednesday afternoon. The turnout was the Democratic who's who of greater Cleveland. Cleveland Urban News.Com, Ohio's most read digital Black newspaper, was among a host of media outlets there to cover the event, one in which the
Post a Comment
Read more
More posts