Showing posts with the label Bernadette Rolen
Show all

Press Release: Family members, community to hold memorial to remember Daniel Ficker and to raise money for his 2 surviving children on Sunday, June 30 from 1 pm-5 pm at Coe Lake behind Berea Commons in Berea, Ohio 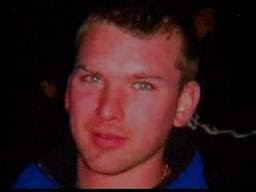 Daniel Ficker By Kathy Wray Coleman, editor-in-chief,  Cleveland Urban News.Com and The Kathy Wray Coleman Online News Blog.Com, Ohio's No 1 and No 2 online Black newspapers  ( www.clevelandurbannews.com ).  Reach Cleveland Urban News.Com by email at editor@clevelandurbannews.com and by phone at 216-659-0473 CLEVELAND, Ohio- The family and friends of slain 27-year-old Daniel Ficker, who left behind two young children and a fiance, will host a fundraiser for his children and a memorial to remember him as the second anniversary of his July 4, 2011 death by Cleveland police that occurred outside of his home in Parma, Oh. nears. Parma is a middle-class suburb of Cuyahoga County that is some 15 miles south of Cleveland.  The event will be held on Sunday, June 30, 2013 at Coe Lake behind Berea Commons from 1:00 pm-5:00 pm in Berea, Ohio, a suburb some 20 miles south of Cleveland.  Tickets for the fundraiser for Ficker's two small children are $10 and the Breakfast Club
Post a Comment
Read more
More posts