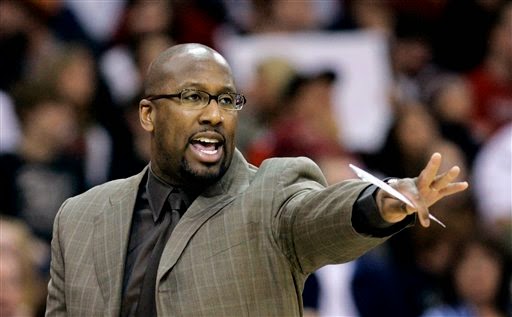 Cleveland Cavaliers Head Coach Mike Brown By Karl Kimbrough, Cleveland Urban News.Com Sportswriter (kimbrough@clevelandurbannews.com).   Cleveland Urban News. Com and The Cleveland Urban News.Com Blog,  O hio's Leaders In Black Digital News . Tel: 216-659-0473    ( www.clevelandurbannews.com ) /   ( www.kathywraycolemanonlinenewsblog.com ) Cleveland Urban News.Com Sportswriter Karl Kimbrough CLEVELAND, Ohio-Now that the Cleveland Cavaliers' 2013-2014 season has come to an end and once again with them out of the playoffs everyone, including the players and Cavalier management, must be wondering where do we go from here? Before the season began then new head Coach Mike Brown said on a number of occasions that he felt his team would be in the playoffs this year. But after concluding the season, Brown admitted that he under estimated how much his team needed to grow to be a playoff team. As he made that statement Brown could have been thinking ab
Post a Comment
Read more
More posts