Showing posts with the label inauguration
Show all

Democratic Cleveland Mayor Frank Jackson takes oath for an unprecedented 4th term, the three-term Black mayor saying that "a great city will be measured by the conditions and welfare of the least of us," and that it is important to "eliminate inequities and disparities" ....The mayor spoke on necessary reforms, including as to education and his police department....Appeals Court Judge Patricia Ann Blackmon, the first Black woman, along with retired judge Sara J. Harper, to be elected to a state appeals court in Ohio, administered the oath of office as Jackson took the oath with his wife Edwina by his side, and the Rev Dr. E. Theophilus Caviness gave the invocation....Judge Blackmon said that the community will wrap its arms around Jackson....By Kathy Wray Coleman, editor-in-chief of Clevelandurbannews.com and Kathywraycolemanonlinenewsblog.com, Ohio's most read Black digital newspaper and Black blog with some 5 million views on Google Plus alone.Tel: (216) 659-0473 and Email: editor@clevelandurbannews.com 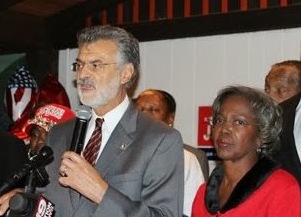 Cleveland Mayor Frank Jackson, the city's three -term Democratic Black mayor who won an unprecedented fourth term last November, and his wife, Edwina. Jackson was sworn in on Tuesday, Jan 2, 2018 to continue his reign over the largely Black major American city, a Democratic stronghold for political elections. Ohio 8th District Court of Appeals Judge Patricia Ann Blackmon administers the oath of office to Cleveland Mayor Frank Jackson during a ceremony on Tuesday, January 2, 2018 at the Rotunda at Cleveland City Hall. The three-term Black mayor of the largely Black major American won an unprecedented fourth term over then counilman Zack Reed via a November nonpartisan runoff. Standing next to Jackson is his wife Edwina.  (Photo by Cleveland Ward 6 Councilman Blaine Griffin) Clevelandurbannews.com and Kathywraycolemanonlinenewsblog.com , Ohio's most read Black digital newspaper and Black blog with some 5 million views on Google Plus alone.Tel: (216) 659-0473 and
Read more 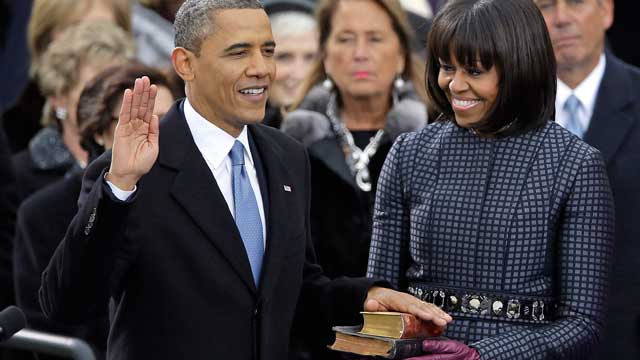