Community activists want answers for the Cleveland police killing of 21-year-old Thomas Yatsko and say the mainstream media are also allegedly in on the cover-up, activist Khalid Samad and other activists also calling for any surveillance video of the police killing of the unarmed Black man, Samad supported by a host of Cleveland activists, including Art McKoy of Black on Black Crime Inc, Kathy Wray Coleman of Imperial Women Coalition and Genevieve Mitchell of the Carl Stokes Brigade, all three of whom joined Samad, other activists, and friends and family members of Yatsko, and others for a recent protest led by Samad regarding the tragic killing....Police say Yatsko was killed after he went back in the bowling alley after the White off-duty Cleveland cop, who was working as a security guard the night of the incident, put him out after a fight with another man, and Samad says Yatsko, who had no criminal record, allegedly went back in to get his jacket....The mainstream media, said Samad, are hiding the truth from the public.... Racial unrest around the police killing of the Black man continues to mount....Yatsko's death comes following the Cleveland police killings in recent years of Tamir Rice, Tanisha Anderson, Malissa Williams, Timothy Russell, Brandon Jones, Rapper Kenneth Smith and other unarmed Blacks, and as racial policies and policies as to excessive force are changing as the consent decree for Cleveland police reforms gets underway in Cleveland, policy changes under the guidance of federal court watch and the U.S. Department of Justice of which police union officials traditionally oppose...... By Clevelandurbannews.com and Kathywraycolemanonlinenewsblog.com, Ohio's most read Black digital newspaper and Black blog with some 5 million views on Google Plus alone. Tel: (216) 659-0473 and Email: editor@clevelandurbannews.com 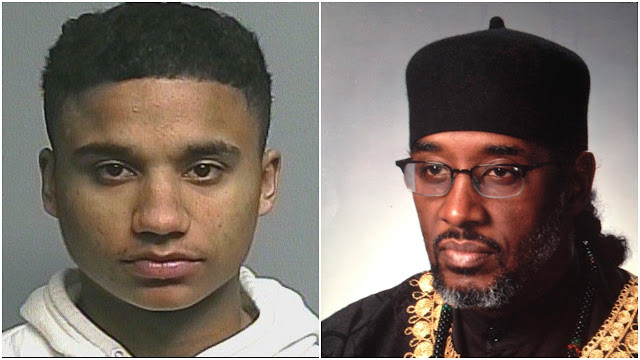 Cleveland police fatal shooting victim Thomas Yatsko (left) and longtime Cleveland Activist Khalid Samad of  the grassroots organizations Peace in the Hood and the Task Force for Community Mobilization, Samad and other local comunity activists demanding answers from authorities relative to the tragic police killing of the young-unarmed 21-year-old Black man who had no criminal record Clevelandurbannews.com and Kathywraycolemanonlinenewsblog.com , Ohio's most read Black digital newspaper and Black blog with some 5 million views on Google Plus alone.Tel: (216) 659-0473 and Email: editor@clevelandurbannews.com. Kathy Wray Coleman, editor-in-chief, and who trained for 17 years at the Call and Post Newspaper in Cleveland, Ohio. We interviewed former president Barack Obama one-on-one when he was campaigning for president. As to the Obama interview, CLICK HERE TO READ THE ENTIRE ARTICLE AT CLEVELAND URBAN NEWS.COM, OHIO'S LEADER IN BLACK DIGITAL NEWS . CLEVELANDURBANNE
Post a Comment
Read more
More posts