Showing posts with the label Carole Moseley Braun
Show all

Kamala Harris and Cory Booker, the only two Black presidential candidates, qualify for the Third Democratic Debate, the fourth debate to be held in Ohio.... No more than two Black Democratic candidates for president have ever been on the national debate stage together, the late Shirley Chisholm of New York the first Black female congresswoman and the first Black major party presidential candidate, and Barack Obama, the first Black nominee of a major American party and the nation's first Black president....By associate publisher and editor Kathy Wray Coleman of Clevelandurbannews.com and Kathywraycolemanonlinenewsblog.com, Ohio's most read Black digital newspaper and Black blog 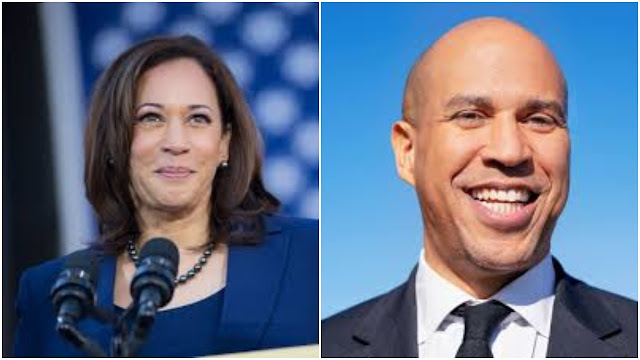 U.S. Senator Kamala Harris (D-CA), a former California attorney general and the only Black female candidate in the 2020 race for the Democratic nomination for president of the United States of America, and U.S. Senator Cory Booker(D-NJ) of New Jersey, a former Newark mayor and the only Black male in the race, both of them qualifying for the Third Democratic Debate on Sept. 12 in Houston, Texas  By Kathy Wray Coleman, editor-in-chief at Clevelandurbannews.com and Kathywraycolemanonlinenewsblog.com , Ohio's most read digital Black newspaper and Black blog, both also top in Black digital news in the Midwest. Tel: (216) 659-0473. Email: editor@clevelandurbannews.com. Coleman is an experienced Black political reporter who covered the 2008 presidential election for the Call and Post Newspaper in Cleveland, Ohio and the presidential elections in 2012 and 2016 As to the one-on-one interview by Coleman with Obama  CLICK HERE TO READ THE ENTIRE ARTICLE AT CLEVELAND URBAN NE
Post a Comment
Read more
More posts