Showing posts with the label candidate Eugene Miller
Show all

Vote Eugene Miller for Cleveland City Council in Ward 10 on November 7, 2017....Also supported by community activists, Miller is a former city councilman and former state representative, and a self-made Black man who says he will hold hearings on the epidemic of rape and murders of poor and Black women if he is again elected to city council.... A Democrat, Miller is the most qualified candidate.... He cares about Cleveland and will work to improve the quality of life for Ward 10 residents....His reputation in responding to the rape and murders of women in his ward when he was a councilman is a good one, according to the family of 18-year-old murder victim Sheirellda Terry, a victim of East Cleveland serial killer Michael Madison.....His opponent is a status quo politician unresponsive to his constituents as a current Cuyahoga County councilman, including ignoring the gross theft of of homes via illegal foreclosures and supporting the multi-million dollar deal to renovate the Quicken Loans Arena that houses the Cleveland Cavaliers, a deal prioritized over predominantly Black inner city Cleveland neighborhoods....By editor Kathy Wray Coleman of ClevelandUrbanNews.Com and the KathyWrayColemanOnlineNewsBlog.Com, Ohio's most read digital Black newspaper and Black blog with some 5 million readers on Google Plus alone. Tel: (216) 659-0473. Email: editor@clevelandurbannews.com 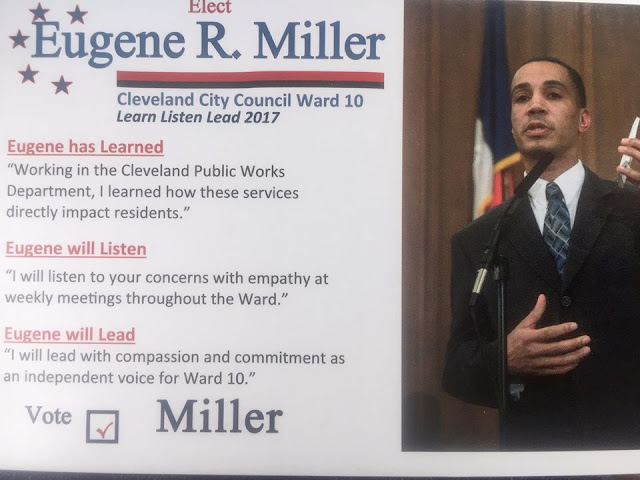