Showing posts with the label Iraq War
Show all 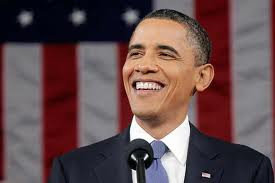 United States President Barack Obama By Kathy Wray Coleman, Editor ( www.kathywraycolemanonlinenewsblog.com ) and ( www.clevelandurbannews.com ) President Barack Obama wooed Americans Tues. evening with his State of the Union address to a joint session of Congress that had the fire and appeal that helped to catapult the former U.S. senator from Illinois to the presidency of the United States of America in 2008. During a speech that lasted shortly over an hour, the president called for Congress to repeal the Bush tax cuts for wealthy Americans that pay a lesser federal tax percentage on income than some middle class and poor people, and to pass the Dream Act to give children of undocumented immigrants in the country by no fought of their own a chance at financial aid for higher education and citizenship. And those are just a few of the demands that America's chief political leader sought before some 38 million viewers that tuned in to hear the president's State of the
Post a Comment
Read more
More posts