Showing posts with the label accused murderer
Show all 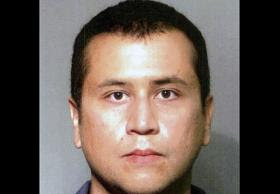 George Zimmerman From the Metro Desk of Cleveland Urban News.Com and the Kathy Wray Coleman Online Newsblog.Com( www.kathywraycolemanonlinenewsblog.com ) and ( www.clevelandurbannews.com ) SANDFORD, Florida-Accused teen killer George Zimmerman, who is facing a charge of second-degree murder for allegedly stalking and gunning down unarmed Black teen Trayvon Martin earlier this year in a Florida suburb, was released on a $1 million bond Friday after his arrest and jailing previously for lying to the presiding judge in the case. Zimmerman's $150 thousand bond was revoked two weeks ago after the Florida Circuit Judge ruled that he had lied about his finances, including collecting monies in excess of $200 thousand from a White supremacist website. At that bond revocation hearing the judge said also that Zimmerman had a passport and might be a flight risk. But earlier this week that same White judge gave him a second chance. The seventeen-year-old Martin is Black, and Zimmerman,
Post a Comment
Read more
More posts