Showing posts with the label Ashley Leswynski
Show all

Cleveland Councilman Zack Reed gives pepper spray to women constituents in his east side ward, compliments of Walmart, as Black women found raped, murdered on city's east side, and Ariel Castro is arraigned on 329 counts including charges of kidnapping and rape of Berry, DeJesus and Knight at his home on Cleveland's west side 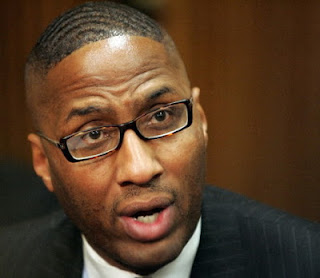 Cleveland Ward 2 Councilman Zack Reed, who has been speaking out about violence against women in recent months shortly before the rescue last month from capture of Gina DeJesus, Amanda Berry, and Michelle Knight, and following the unrelated rapes and murders of Black women in his east side ward in March of this year.  Earlier this week Reed announced pepper spray, compliments of Walmart, for his women constituents, an act applauded by women's groups such as the Imperial Women, who also call for more resources for city, state and federal authorities to help eradicate violence against women.  From The Metro Desk Of Cleveland Urban News.Com and The Kathy Wray Coleman Online News Blog.Com, Ohio's No 1 and No 2 online Black newspapers  ( www.clevelandurbannews.com )  Reach Cleveland Urban News.Com by email at editor@clevelandurbannews.com and by phone at 216-659-0473 CLEVELAND, Ohio- As Ariel Castro was arraigned this week in the Cuyahoga County Court of Common Pleas on a n
Post a Comment
Read more
More posts