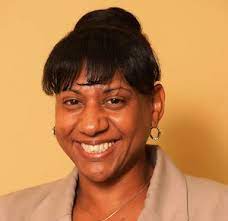 CLEVELAND, Ohio Angela Shute-Woodson, director of the community relations board for the city of Cleveland and senior advisor to Mayor Justin M. Bibb, has been added as a speaker for Women's March Cleveland's sixth anniversary rally and march at Market Square Park across from the Westside Market on Saturday, Jan, 21, 2023, which is also the 50th anniversary weekend of Roe v Wade. A sister march to marches nationwide, Cleveland's event will begin with a 12:30 pm rally. A 1:30pm march will follow. For more information contact (216) 659-0473.

"We are pleased to add Ms Woodson, a distinguished member of the mayor's cabinet and a former community activist who has been with activists in the trenches when we were fighting for the welfare of women and children in Cleveland, as a speaker," said Women's March Cleveland organizer Kathy Wray Coleman.

After winning a heated nonpartisan runoff election by a landslide, Mayor Bibb, 35, took office in January of last year and is the city’s fourth Black mayor. He succeeded outgoing mayor Frank Jackson, 75, a four-term Black mayor and the city's longest serving mayor who opted against seeking a fifth term in office.

The mayor has been vocal in support of women's issues and when he was campaigning for mayor he spoke at the march that Women's March Cleveland hosted at Market Square Park in October of 2021 for reproductive rights that drew roughly 2,500 people. He announced policies to protect abortion rights and pledged that the city won't prosecute abortion-related crimes after the U.S. Supreme Court, on June 24, 2022, overturned Roe v Wade and relegated the authority to restrict or outright outlaw abortion to respective state legislatures, though abortion remains legal in Ohio for now.

Coleman said that women of Cleveland thank the mayor for supporting women as women struggle for freedom and liberty from right wing oppressors who are determined to undermine and destroy women in the state of Ohio.

"We will fight against attempts to erase decades of constitutional protections for women and girls," said Coleman on the Facebook event page , which also reveals that Cleveland is slated to host one of the largest sister marches in the country the weekend of Jan. 21.