Showing posts with the label Cleveland media
Show all 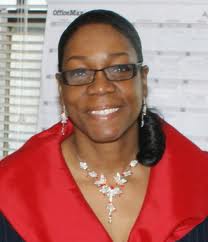 Greater Cleveland National Action Network President Marcia McCoy ( www.kathywraycolemanonlinenewsblog.com ) and ( www.clevelandurbannews.com ).  Kathy Wray   Coleman is a former biology teacher and a 20-year investigative Black journalist who trained for some 15 years at the Call and Post Newspaper .  Reach Coleman by phone at 216-659-0473 and by email at editor@clevelandurbannews.com    CLEVELAND, Ohio- The mainstream majority White media in Cleveland, Oh virtually ignored the call by  the Greater Cleveland National Action Network, a local chapter of the national group founded by Civil Rights leader Rev. Al Sharpton, for a national boycott of Florida businesses and for federal Civil Rights charges against George Zimmerman during a 300-persons rally and vigil held Saturday at the federal court house in downtown Cleveland, though both issues were the focus of the event, and of national rallies held across the country the same day.   And aside from Cleveland Municipal Court Judg
Post a Comment
Read more
More posts