Cleveland activists to rally April 8 in 4-year-old Aniya Day-Garrett's murder, an anniversary rally on their demands for systemic changes in Cuyahoga County Job and Family Services since Aniya's death last year...Aniya's mom and her mom's boyfriend have been convicted of murder in her death, Aniya one of some 45 children murdered since 2015 while under the purview of Job and Family Services.... Call activist Alfred Porter Jr at 216-804-7462 for more info.... By editor Kathy Wray Coleman of Clevelandurbannews.com and Kathywraycolemanonlinenewsblog.com, Ohio's most read Black digital newspaper and Black blog 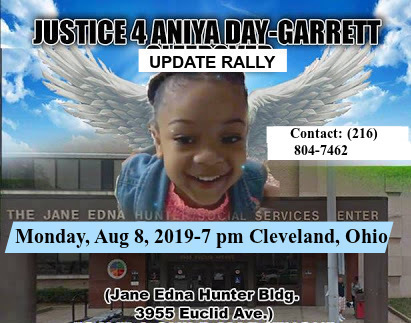