Congresswoman Fudge denounces vandalism at abortion clinic in Shaker Heights as the Heartbeat Bill is reintroduced in the Ohio state legislature, a bill that makes abortion illegal in Ohio as soon as a fetal heartbeat is detected......Ohio remains a pivotal state for presidential elections and Fudge said that abortion is legal, and she is appalled by the attack on Preterm Ohio abortion clinic in Cleveland.....editor Kathy Wray Coleman of www.clevelandurbannews.com and www.kathywraycolemanonlinenewsblog.com, Ohio's Black digital news leaders 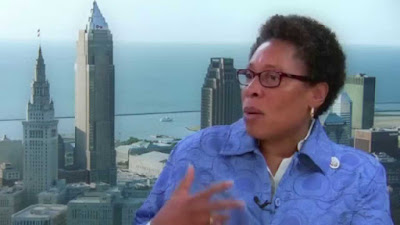 Ohio 11th Congressional District Congresswoman Marcia L. Fudge, a Warrensville Heights Democrat whose largely Black congressional district includes parts of Cleveland and several of its eastern suburbs Preterm Cleveland Ohio, which is loacted on Shaker Boulevard in Shaker Heights, Ohio, a Cleveland suburb, is the only abortion clinic in Cleveland and Cuyahoga County, and is under attack by vandals, some 10 windows broken in a three-month period,  and as late as June 21. The attack on abortion rights in greater Cleveland comes as the Ohio state legislature will, for the fourth time, revisit the controversial Heartbeat Bill that makes abortion illegal in Ohio as soon as a fetal heartbeat is detected . ( www.clevelandurbannews.com ) /   ( www.kathywraycolemanonlinenewsblog.com ). Ohio's most read Black digital newspaper and Black blog with some 4.5 million views on Google Plus alone.Tel: (216) 659-0473 and Email: editor@clevelandurbannews.com. Kathy Wray Coleman, editor-in-ch
Read more
More posts