Showing posts with the label Edward Parker
Show all 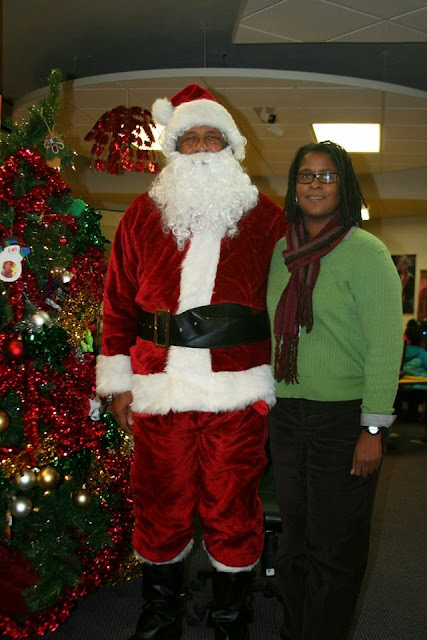 East Cleveland Public Library Executive Director Sheba Marcus -Bey (right) at a Christmas celebration last year at the library before its Board of Trustees terminated her contract without written charges, a hearing, or an opportunity to be heard, an action that might prove illegal also because it  occurred at a special meeting Monday night that allegedly violated the Ohio Sunshine Law on public meetings in Ohio. The termination has erupted into a war between the four male board members that voted for the termination and the three women members that opposed the firing and say that they were caught off guard. By Kathy Wray Coleman, Publisher, Editor-n-Chief, Cleveland Urban News. Com and The Cleveland Urban News.Com Blog, O hio's Most Read Online Black Newspaper and Newspaper Blog  K athy Wray Coleman is  a community activist and 20 year investigative journalist who trained for 17 years at the Call and Post Newspaper, Ohio's Black press with print  newspapers  in Cle
Post a Comment
Read more
More posts