Who will Cleveland Browns choose at the May 8th NFL Draft? 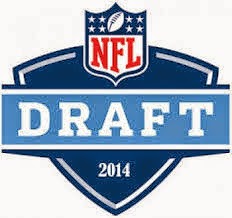