Showing posts with the label Blaine Griffin
Show all

Blaine Griffin B y Johnette Jernigan and Kathy Wray Coleman Cleveland Urban New.Com ( www.kathywraycolemanonlinenewsblog.com ) and ( www.clevelandurbannews.com ) CLEVELAND, Ohio- Cleveland Urban News.Com has snagged the exclusive below interview with Blaine Griffin, the highest ranking Black as the elected vice chairperson of the Cuyahoga County Democratic Party, and a ranking member of Cleveland Mayor Frank Jackson's administrative cabinet as the director of the city's community relations board. ( Editor's note : The mayor announced last week that Griffin is on leave until after the November 6 election from his city job to lead the campaign for the 15 mill property tax levy for Cleveland schools that is on the November ballot. Under state law the city mayor controls the schools and appoints the Cleveland Board of Education).  A married father of three Cleveland schools students who lives in the city's Larchmere neighborhood sandwiched by street between
Post a Comment
Read more 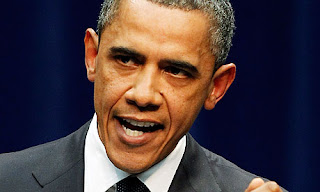