U.S. House passes Every Student Succeeds Act (ESSA), a rewrite of No Child Left Behind, and Congresswoman Marcia Fudge says that the bipartisan compromise and passage by the House of the bill protects Title I funding and is best for America's K-12 students, and for at-risk Black, disabled and poor children....The education bill now heads to the Senate for likely approval, and could become federal law by the new year....Now President Barack Obama told Cleveland Urban News.Com Editor-Kathy Wray Coleman in a one-on-one interview in 2008 that was published in the Call and Post Newspaper when he was seeking the Democratic nomination for president that No Child Left Behind has provisions for monitoring the educational successes and failures of Black children....How a rewrite of the No Child Left Behind federal legislation, which gives more autonomy to states and school districts at the expense of Title I funding, will impact poor, Black inner city children remains to be seen....Outgoing U.S. education secretary Arne Duncan says the rewrite of No Child Left Behind protects students' Civil Rights.....By Cleveland Urban News.Com Editor-in-Chief Kathy Wray Coleman 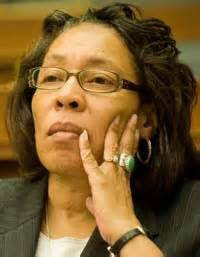