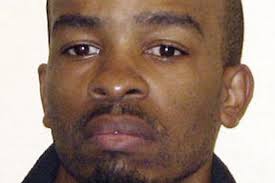 Suspected East Cleveland Serial Killer Michael Madison, 35 From the Metro Desk of Cleveland Urban News.Com, Ohio's most read online Black newspaper. ( www.kathywraycolemanonlinenewsblog.com ) and ( www.clevelandurbannews.com ).  Reach Cleveland Urban News.Com by phone at 216-659-0473 and by email at editor@clevelandurbannews.com    CLEVELAND, Ohio- Community activists, family members of  victims of rape and murder in greater Cleveland,  and Black elected officials will hold a "Stop Violence Against Women and Find the Missing Rally, Vigil and March" at 5 pm on Wednesday July 24, 2013 at the southwest corner of the intersection of Shaw and Hayden Avenues in East Cleveland near where the bodies of 3 Black women were found last week by police in a fetal position and in plastic bags both inside and outside of vacant buildings. Suspected serial killer Michael Madison, 35, is in police custody and has  reportedly said  that more missing Black women are his alleged victims
Read more
More posts