Showing posts with the label Plain Dealer
Show all

Still no memorial on Imperial Avenue in Cleveland where serial killer Anthony Sowell murdered 11 Black women, a Plain Dealer article at Cleveland.com, and racist Common Pleas Judge Nancy Fuerst had dismissed a lawsuit by the families on negligence by police and others around the murders and was reversed on appeal..... Activists call for racist Judge Nancy Fuerst to resign from the bench....Read the article herein....Clevelandurbannews.com and Kathywraycolemanonlinenewsblog.com, Ohio's most read Black digital newspaper and Black blog with some 5 million views on Google Plus alone.Tel: (216) 659-0473 and Email: editor@clevelandurbannews.com 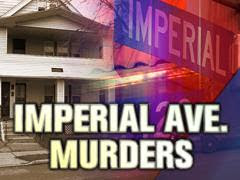 Cuyahoga County Court of Common Pleas Judge Nancy Fuerst, 66, who dismissed a lawsuit filed by the Imperial Avenue families only to be reversed on appeal by the Ohio 8th District Court of Appeals. Community activists say Fuerst is racist and are calling for the judge to resign from the bench. Fuerst is also accused of stalking and harassing Black female activists that have fought for justice for the Imperial Avenue families with malicious prosecutions for Cleveland city officials, racist county prosecutor Mike O'Malley,  corrupt and racist White cops, JPMorgan Chase Bank attorneys who are stealing homes from county residents via illegal foreclosures, and a host of others. Public records reveal that Fuerst lacks integrity and is also corrupt, and is covering up public corruption in her courtroom  by clerk of court employees, racist prosecutors and fellow common pleas judges, such as judges Nancy Margaret Russo and Joe Russo, and needs to be investigated by the FBI. When the
Post a Comment
Read more 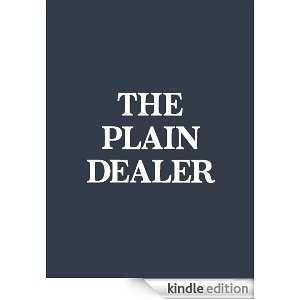 By Kathy Wray Coleman, Publisher, Editor-n-Chief, Cleveland Urban News. Com and The Cleveland Urban News.Com Blog, Ohio's Most Read Online Black Newspaper ( www.clevelandurbannews.com ) CLEVELAND, Ohio-The Cleveland Plain Dealer, Ohio's largest newspaper, will layoff a third of its 168 newsroom staff next year Guild President Harlan Spector told union members in an email today.  Spector said that management had notified him that some 58 union positions of the Northeast Ohio Guild Local One are subject to either layoff or an offer at Cleveland.com, the newspaper's online news venue which brings in a fraction of the revenue the print newspaper gets. The Guild includes reporters, columnists, photographers, designers and some editors.  On Sunday Spector and former Guild president and retired Plain Dealer Reporter Richard Peery met with a group of Cleveland area majority Black community activist leaders and some Black elected officials at Lil Africa on Cleveland's
Post a Comment
Read more

Harlan Spector Richard  Peery Debra Adams Simmons Terry Egger By Kathy Wray Coleman "We really appreciate the opportunity but are unavailable on such late notice."... Plain Dealer Publisher Terry Egger and Editor Debra Adams Simmons in a prepared statement to Cleveland Urban News.Com....Read this quote and more in the article below CLEVELAND, Ohio- A former and current president of the Cleveland Plain Dealer Local One of the Northeast Ohio Newspaper's Guild, the newspaper's union for some 170 reporters, photographers, designers and other employees, will speak and take questions from a panel and the community at a  grassroots  forum on the union's campaign push to keep the Plain Dealer a daily print publication on Sunday, Dec. 2, from 2:30-4:30 pm at Lil Africa Recreation Center, 6816 Superior Ave in Cleveland. The event will be moderated by State Rep. Bill Patmon (D-10), who said that he "would be happy to moderate the forum." (F
Post a Comment
Read more George Forbes  By Kath y Wray Coleman, Editor, Cleveland Urban News. Com and The Kathy Wray Coleman Online News Blog.Com ( www.kathywraycolemanonlinenewsblog.com ) and ( www.clevelandurbannews.com )   CLEVELAND, Ohio-The Cleveland Chapter NAACP is under scrutiny because its officials cannot confirm whether its 81-year-old president or former president, semi- retired Cleveland Attorney George Forbes, is still  the president of the local chapter of the nation's most prominent Civil Rights institution. And he can't either, apparently, though he said last week that he has called it quits. (Editor's note: Read the complete article for the potential candidates for the November election for Cleveland NAACP President and see the end of the article as to the harassment of state Sen. Nina Turner by Forbes because he could not control her like some other Cleveland area Black leaders that allegedly fear him and what he might do to them if they do not cooperate when he says so on c
Post a Comment
Read more
More posts