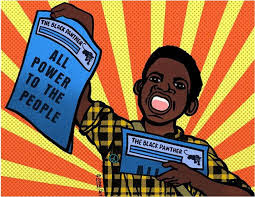 By Johnette Jernigan, staff reporter, and Kathy Wray Coleman, editor-in-chief,    Cleveland Urban News. Com and The Kathy Wray Coleman Online News Blog.Com, Ohio's No 1 and No 2 online Black newspapers  ( www.kathywraycolemanonlinenewsblog.com ) and ( www.clevelandurbannews.com ). Reach us by phone at 216-659-0473 and by email at  editor@clevelandurbannews.com .  Kathy Wray   Coleman is a former biology teacher and a 20-year investigative Black journalist who trained for some 15 years at the Call and Post Newspaper . C LEVELAND, Ohio -The Greater Cleveland Urban  League held a symbolic March on Washington and rally yesterday to commemorate the 50th anniversary of the 1963 Civil Rights March on Washington at Public Auditorium in downtown Cleveland. Some said it was politically motivated, and marred by censorship against Black and other greater Cleveland community activists, who were excluded.    Other groups associated with the gathering were the Greater National Action Ne
Post a Comment
Read more
More posts