Showing posts with the label Cleveland homicide rate
Show all

Nine-year -old Black girl killed in Cleveland by a stray bullet to the head following a shootout, Cleveland activist Kathy Wray Coleman of the Imperial Women Coalition calling for "swift attention by city of Cleveland and law enforcement officials as to the matter and for violence against women, girls, and children to cease".... Cleveland Mayor Frank Jackson is livid....The murder rate in Cleveland is 37 per 100,000, research reveals, and Cleveland, notorious for the murders of 11 Black women on Imperial Avenue by serial killer Anthony Sowell, is ranked by Forbes as the fifth most deadliest city in the nation.... The largely Black city has tallied some 61 unsolved murders of women dating back to 2004, data show.....By ClevelandUrbanNews.Com and the KathyWrayColemanOnlineNewsBlog.Com,Ohio's most read digital Black newspapers, Tel: (216) 659-0473. Email: editor@clevelandurbannews.com 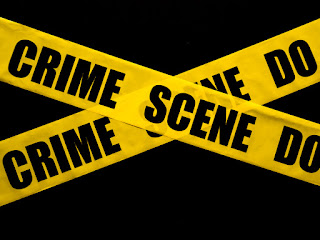 ClevelandUrbanNews.Com and the   KathyWrayColemanOnlineNewsBlog.Com , Ohio's most read digital Black newspapers with some 5 million readers on Google Plus alone. And the ClevelandUrbanNews.Com website stats reveal some 26 million hits since 2012. Tel: (216) 659-0473. Email: editor@clevelandurbannews.com. Kathy Wray Coleman, editor-in-chief, and who trained for 17 years at the Call and Post Newspaper in Cleveland, Ohio. We interviewed former president Barack Obama one-on-one when he was campaigning for president. As to the Obama interview, CLICK HERE TO READ THE ENTIRE ARTICLE AT CLEVELAND URBAN NEWS.COM, OHIO'S LEA DER IN BLACK DIGITAL NEWS . Saniyah Nicholson CLEVELANDURBANNEWS.COM-CLEVELAND, Ohio - Nine-year-old Saniyah Nicholson died of a gun shot wound to the head after being shot on Wednesday about  7:30 pm while sitting in her mother's car at the scene of a shootout on Cleveland's largely Black east side on Lee Road near Cloverside Avenue in Ward 1.
Post a Comment
Read more
More posts