Showing posts with the label Black male
Show all 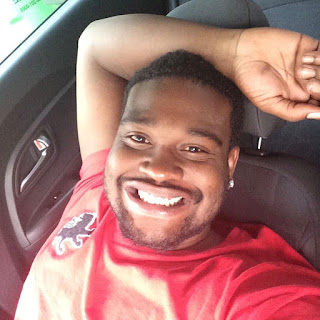 Euclid police fatal shooting victim Luke Stewart, 23 and unarmed at the time of his untimely death in March by a White cop who escaped an indictment on criminal charges by a largely White Cuyahoga County grand jury. Stewart's mother, Mary Stewart, and his sister, Tierra Stewart, spoke on the loss of their loved one to editor Kathy Wray Coleman of  ClevelandUrbanNews.Com and the   KathyWrayColemanOnlineNewsBlog.Com ClevelandUrbanNews.Com and the KathyWrayColemanOnlineNewsBlog.Com , Ohio's most read digital Black newspapers with some 5 million readers on Google Plus alone. And the ClevelandUrbanNews.Com website stats reveal some 26 million hits since 2012. Tel: (216) 659-0473. Email: editor@clevelandurbannews.com. Kathy Wray Coleman, editor-in-chief, and who trained for 17 years at the Call and Post Newspaper in Cleveland, Ohio. We interviewed former president Barack Obama one-on-one when he was campaigning for president. As to the Obama interview, CLICK HERE TO REA
Read more
More posts