Showing posts with the label Aretha Franklin
Show all

'Queen of Soul' Aretha Franklin is dead at 76....Her funeral is set for August 31 in Detroit....Franklin sang at the 2009 inauguration of Democrat Barack Obama, America's first Black president.....Clevelandurbannews.com and Kathywraycolemanonlinenewsblog.com, Ohio's most read Black digital newspaper and Black blog with some 5 million views on Google Plus alone.Tel: (216) 659-0473 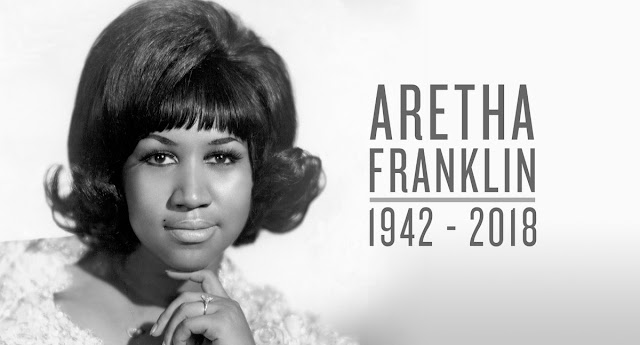 Aretha Franklin Aretha Franklin , the undisputed Queen of Soul, died Thursday at her Detroit home, the Associated Press reports, surrounded by family and friends. She had been battling   various undisclosed illnesses for years, and, in recent weeks, was receiving hospice care. Franklin was 76. Her funeral is set for Aug. 31 in Detroit. As news of her declining health spread over the past few days, visitors including Stevie Wonder and the Rev. Jesse Jackson reportedly paid their respects at her bedside.  Beyoncé  and  Jay-Z   dedicated their Monday concert in the Motor City to Franklin , declaring the iconic singer. “We love you,” Beyoncé said, adding a word of thanks for “the beautiful music.” Franklin singing at the 2009 inauguration of Barack Obama, America's first Black president Over the course of her nearly seven-decade career, Franklin established herself as one of the most important artists in music history, winning 18 Grammy Awards, selling more than 75 mil
Post a Comment
Read more
More posts