Tickets for Obama speech in Cleveland, Ohio on March 18, 2015 are all gone, Cleveland Mayor Frank Jackson to attend, event is sponsored by the City Club, Obama's 3 pm speech to be streamlined on Internet...By Cleveland Urban News.Com, Ohio's leader in Black digital news 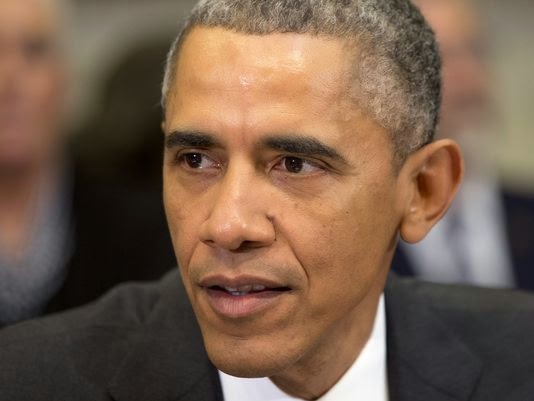 United States President Barack Obama By Kathy Wray Coleman, editor-in-chief,  Cleveland Urban News. Com and The Cleveland Urban News.Com Blog,  O hio's Most Read Online Black Newspaper and Newspaper Blog  K a thy Wray Coleman is  a community activist and 22 year investigative journalist who trained for 17 years at the Call and Post Newspaper in Cleveland, Ohio.  ( www.clevelandurbannews.com ) /   ( www.kathywraycolemanonlinenewsblog.com ) Cleveland Mayor Frank Jackson CLEVELAND, Ohio -Free tickets for the event sponsored by the City Club  at the Convention Center in downtown Cleveland, Ohio on tomorrow March 18 at 3 pm  of the speech by President Barack Obama on the importance of middle class economics are all gone. Whether Cleveland Mayor Frank Jackson will also give remarks is up in the air, though he will attend, said his spokesperson Dan Williams. "I don't know that he [Mayor Jackson] has anything prepared, but he will be there," said Williams.
Post a Comment
Read more
More posts